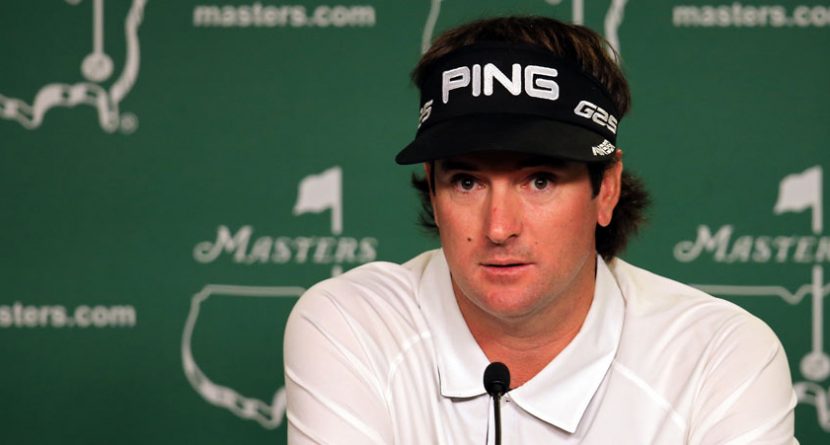 Now that it’s over, reigning Masters champion Bubba Watson unveiled what he served to (and paid for on behalf of) the green jacket winners of years past at the Champions Dinner on Tuesday night.

Watson tweeted a copy of the menu, autographed by a number of attendees.

However, Bubba seemed to have a light-hearted surprised for dessert: confetti cake to celebrate his Masters triumph.

Watson did say on Tuesday in a news conference he was nervous about the meal. Now the pressure’s off – that is, unless Watson becomes the first player since Tiger Woods in 2001-02 to win consecutive Masters titles.

Jenn Bosworth and Charles Everett tried their hand at matching Masters winners with their Champions Dinners. See how they did!

Where does Bubba’s meal rank in the pantheon of Champions Dinners?