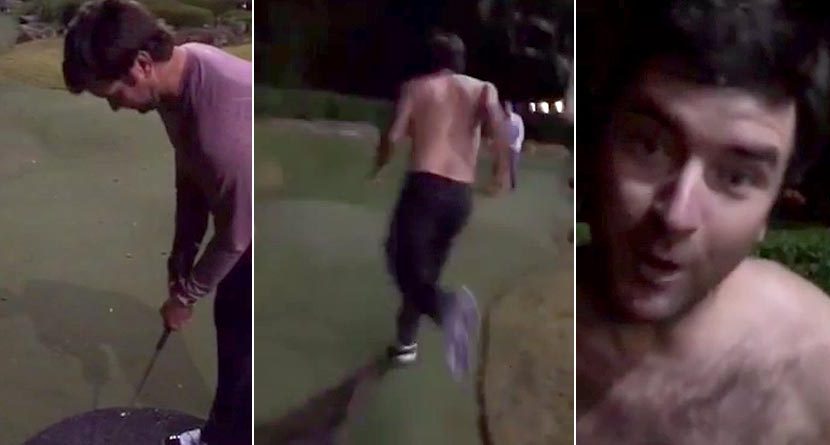 Bubba Watson has made a habit of being featured on SportsCenter’s Top 10 Plays. Remember his putt on the plane? Or the backwards mini golf putt?

Well, it’s time to add another to the list.

After hanging out at the PGA Show in Orlando on Tuesday, Watson played some mini golf. And because he has a knack for the dramatic, it was predictably awesome.

Not only did he call a hole-in-one, but he proceeded to celebrate in the most Bubba Watson way possible.

This isn’t the first time Watson’s removed his shirt, either. Let me remind you of this wonderful GIF from the time he went cliff jumping.

Coming from Bubba, you shouldn’t expect anything less. Sure, the putt was impressive, but how about that celebration?

If you didn’t know any better, you’d think he just scored the winning goal at the World Cup.