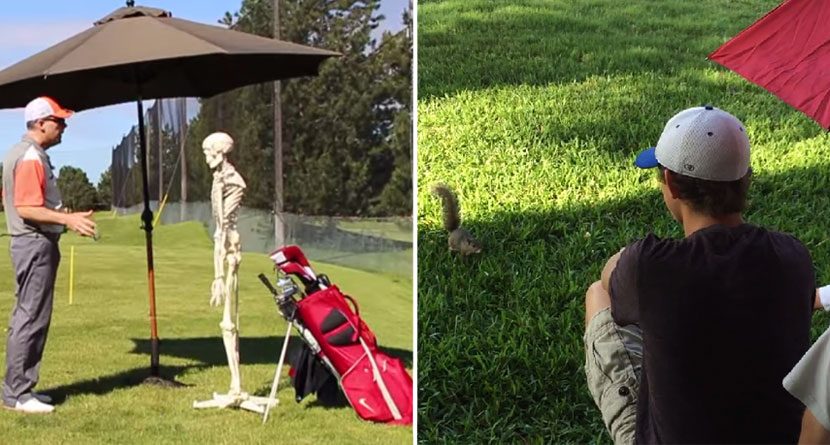 Watson asked his fans to submit videos of themselves doing something that’s better under an umbrella (which is the Travelers logo), with the prize being a GoPro.

Here are some of the best submissions Watson received, some of which are, well … different.

@bubbawatson Here is my video of your @GoPro contest! I hope it still counts! #ItsBetterUnderTheUmbrella #Travelers http://t.co/q6AHG3iBND

I’d have to say Watson chose a worthy winner. It’s definitely the most creative, especially because it features golf, unlike some other submissions.

I do have to give the guy getting pelted with raining golf balls a bit of credit, though. He brought an element of danger to his video. Not to mention his car took a beating, too.