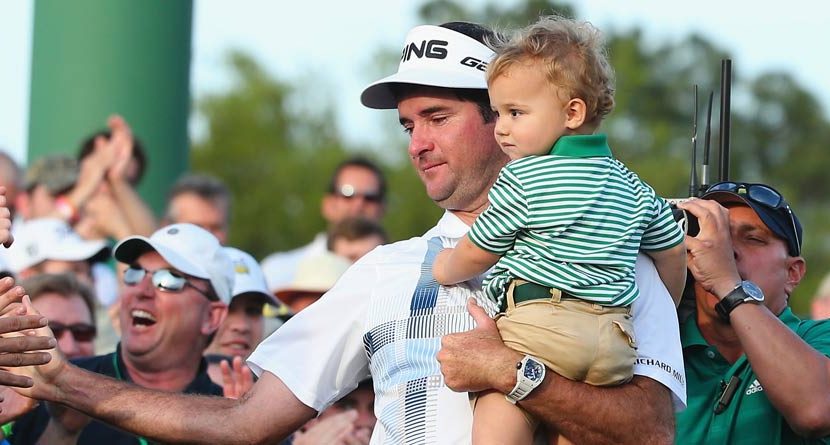 Less than 24 hours after winning his second Masters Tournament in three years, Bubba Watson is already gearing up for next year at Augusta National. This time, however, he’s preparing his son, Caleb, to compete in the Drive, Chip and Putt competition.

The kid has quite a swing, as he should, learning from a two-time major champion.

This wasn’t the first time Bubba has shown off his son’s golf swing. Caleb has been featured on Bubba’s YouTube channel hitting balls off the tee as well as out of bunkers. Caleb also helped caddie for Bubba at the Masters Par-3 Contest this year and was on the green at 18 to greet his dad when he finished his final-round 69. At only 2 years old, Caleb’s had his share of once-in-a-lifetime experiences. I think it’s safe to say this little guy has won over the hearts of golf fans everywhere.