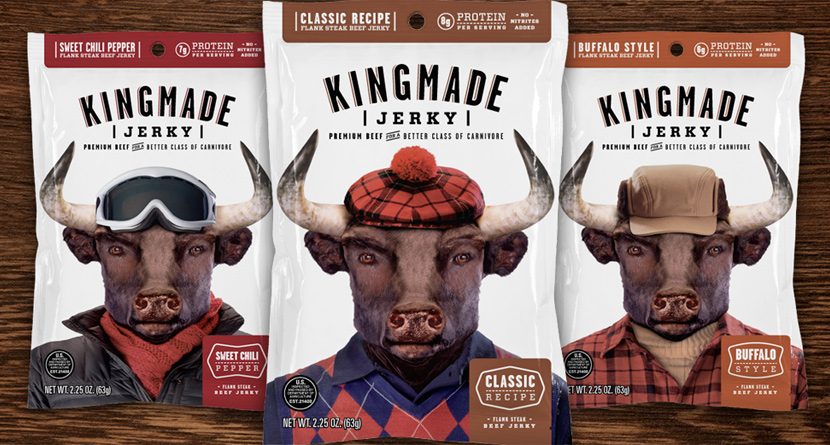 A lot of PGA Tour golfers are pulling for Luke List this weekend at the Web.com Tour Championship in Ponte Vedra Beach, Fla. It’s the final tournament in which golfers who haven’t already secured a PGA Tour card for next season can do so. List finished 163rd in the FedExCup standings during his rookie year, meaning he needs to be among the top 25 who earn their 2013-14 card through the four-event Web.Com Tour Finals. If he does so, the top pros will have better access to their favorite beef jerky.

You see, List’s caddie is Jeff King, founder of Kingmade Jerky. What began as a hobby (making jerky in his kitchen) while he caddied primarily on the LPGA Tour for much of the last decade has made King a popular guy at golf tournaments.

Golfers are constantly seeking snacks on which to chew during rounds. Granola and/or protein bars are popular, as are sandwiches. But jerky can’t melt and doesn’t require much pre-round preparation. Toss some in a baggie, and toss it in the bag. King began his quest to improve upon the convenience-store stuff in 2011, and with help from the palate of Candie Kung, the pro whose bag he was carrying at the time, he began bringing some of his homemade concoctions on the road with him. What he shared with the players was a hit. According to Golf.com, he once sold 30 pounds at $40/pound in four hours at an LPGA event in the spring of 2012. “That’s when I knew I was on to something,” he said

The PGA Tour got a taste of the jerky when King hooked up with Vaughn Taylor last year, and then the rookie List prior to this season. Tiger Woods and Matt Kuchar are among King’s biggest fans.

Kingmade Jerky comes in three flavors – classic recipe, sweet chili pepper, and buffalo style – and comes in 6-packs of 2.25-oz. packs, or a 1-pound package. King began mass producing the stuff this summer, but not until after he ensured the quality mirrored what he could make at home.

Primarily what sets Kingmade Jerky apart from the industry staples is his choice of meat. He uses flank steak while most every other piece of jerky comes from top round, which is naturally pretty tough. And Kingmade works for health-conscious pros. The buffalo jerky contains just 50 calories per ounce, the classic only 60 calories, and the sweet chili has 70 per serving.

The 40-year-old King harbors no plans of leaving the world of caddying, which he entered in 1998, but if it doesn’t work out for him, he’s got a pretty tasty back-up plan.