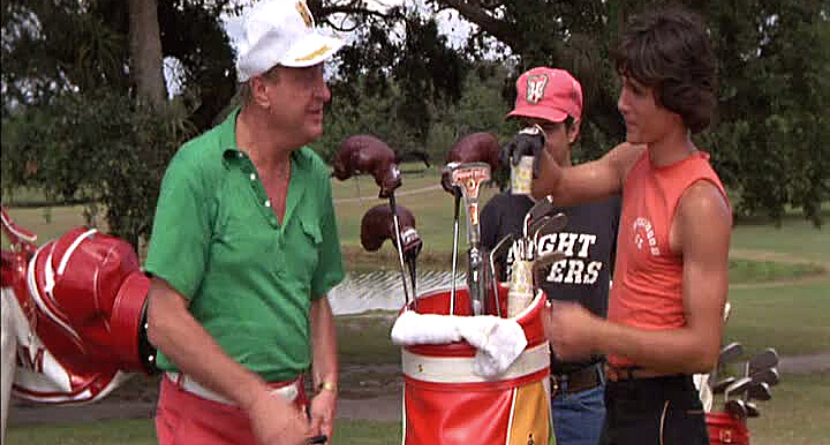 Admit it: the over/under on holes played before someone in your foursome utters the first Caddyshack or Happy Gilmore quote is 2.5. And chances are good that the iconic one-liners of Rodney Dangerfield’s Al Czervik — the boorish real estate tycoon who smashes through the stuffy status quo at Bushwood Country Club and doesn’t leave until it’s in ruins — are in heavy rotation.

But Czervik’s fictional legacy far exceeds the quips he used to get under the skin of his nemesis, the honorable Judge Smails. His eye for high-tech equipment was also second to none, and four decades after the release of the Harold Ramis classic comes a tribute you have to see to believe: a functional replica of Czervik’s club-launching golf bag.

The brainchild of YouTube personality Nick O’Hara, who specializes in bringing movie props to life, the bag behaves like the genuine article, rotating like a Gatling gun and tossing clubs on command. O’Hara built the gadget for fellow YouTuber Rick Shiels, a former pro whose equipment reviews have attracted over two million followers.

Sadly, two features that made Czervik’s bag such a delight — the pop-up beer keg and the radio from which he would blast Journey songs — were not included in this prototype. Here’s hoping O’Hara’s invention gets some upgrades and reaches the marketplace…while we’re young.