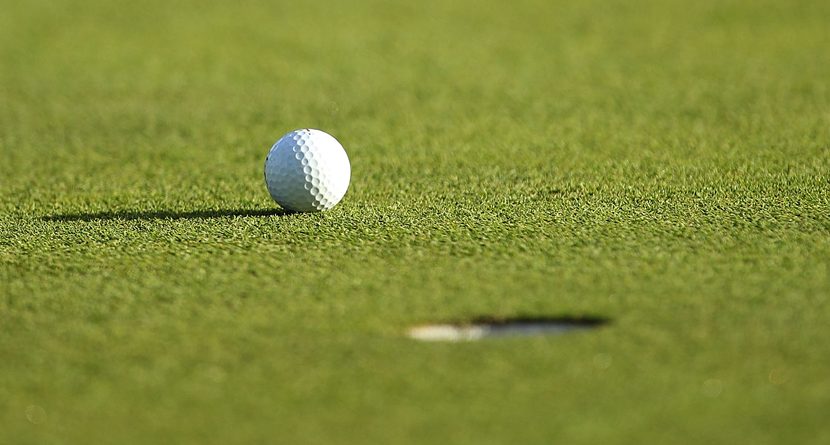 Is this the greatest putt in golf history?

Probably not, but it’s impressive nonetheless.

According to Yahoo!, Callaway’s custom club manager Logan Fondren attempted to make what seemed like an impossible putt at the company’s office that involved hitting a golf ball down a flight of stairs, hoping it would catch another, snaking set of stairs just right, and then roll straight into a glass on the ground floor.

As you can see in the video below, Fondren made the putt (according to Yahoo!, it was his eighth attempt).

This putt reminds us of a few other classic sports moments.

Michael Phelps’ Long Putt
Michael Phelps, the 22-time Olympic medalist (18 gold) who has switched to golf since his retirement from swimming after the London Olympics last summer, still has a long way to go if he wants to be a 22-time major champion on the golf course.

He teamed up with golf coach Hank Haney last fall and was the star of the latest Haney Project series. But before Phelps really got into the instruction that Haney provided, he sank a monster putt of 159 feet at Dunhill Links in Scotland.

“Off the floor, off the scoreboard, off the backboard, no rim.”

“Over the second rafter, off the floor, nothing but net.”

Classic stuff. Here’s one of the commercials:

There’s not much we can add — they’re pure gold. Here’s one of our favorites:

Next Page: What It Takes To Win – Byron Nelson Championship