Can Golf Sustain Its Pop In Popularity Post-Pandemic? 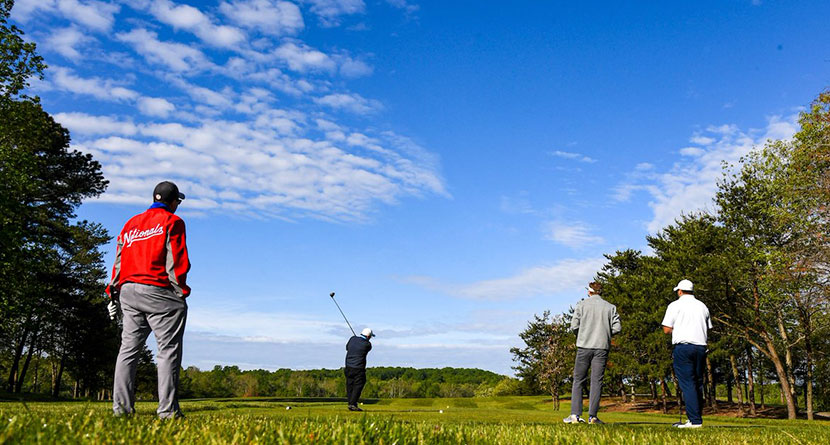 As the country and world begins to peek its collective head back outside as restrictions are eased around the world from a two-month lockdown due to a global pandemic, the golf industry has positioned itself well to be a good first step back towards normalcy.

Not necessarily the result of incredible foresight by those in the field, but more so a happy coincidence that a game enjoyed by some 24 million Americans and 60 million people around the world has made golf a viable option for those who have been shuttered in their homes for weeks on end to get outside and do something recreational and social.

According to a Washington Post article earlier this week, a recent Washington Post-University of Maryland poll found that 41 percent of Americans supported their states allowing the reopening of golf courses, a greater percentage than for any other type of business measured in the poll.

Across the country, Americans remain deeply divided about leaving the house for work and leisure activities, except, apparently, when it comes to golf, giving an unexpected jolt to a sport that has seen declining popularity.

After months of binging on Netflix and jogging around their neighborhoods, many Americans appear to see golf as an escape. It involves acres of outdoor expanses for natural social distancing, and advance tee time bookings help control the flow of people into all that open space.

“Is this just the initial pop of people who are coming out to play golf because they’ve been cooped up in their house … or are lapsed golfers coming back in greater numbers and golf is going to be experiencing a bit of a renaissance?” https://t.co/Xl30wQhkcD

“Our rounds are through the roof,” David Pillsbury, the chief executive of ClubCorp, which owns or operates 173 private golf or country clubs nationally, told The Post. “It’s up 25 to 30 percent over the prior year. Our members are using the club more than they’ve ever used it before.”

As of this week, the National Golf Foundation reports that 95% of golf courses in the United States are open, a number that has increased by more than 50% in the last six weeks. And indeed, SwingU GPS app data is telling a similar story with rounds played early in 2020 trending up a significant clip and the weekend of May 15-17 marking the most rounds played in company history.

The early signs for golf are encouraging, but will the demand for tee times and outdoor recreation remain as a sense of normalcy returns? Count PGA of America president Seth Waugh among those bullish on the proposition that golf’s inherent safety values will benefit the industry despite choppy economic waters.

“We think this ultimately can actually be a real growth opportunity for the game,” Waugh said on a conference call with reporters on May 5 announcing industry guidelines for safely returning to the game. “We think there’ll be obviously a lot of pent-up demand. But we also think that given those specific natural advantages that we have, that we may draw new and interested people.”

There will always be other factors at play, however. A poor economy will have an impact, according to Bill Golden, chief executive of Golf Tourism Solutions, a marketing agency that represents the golf industry in Myrtle Beach, S.C.

“As the economy goes, so does golf,” he said “If we have a prolonged economic recession, that’s going to have an impact on the golf business.”

Others are banking on other factors among those who have been less hard-hit by the pandemic and resulting economy to help create an alternative new normal in golf.

“(People aren’t) jumping on planes and traveling to Europe for the summer,” Greg McLaughlin, chief executive of the World Golf Foundation and former CEO of the Tiger Woods Foundation, said. “People are working from home. Do you have an opportunity, potentially, in the afternoon to slip out and play nine holes if it’s light until 8 o’clock? We think it’s going to create another alternative.”