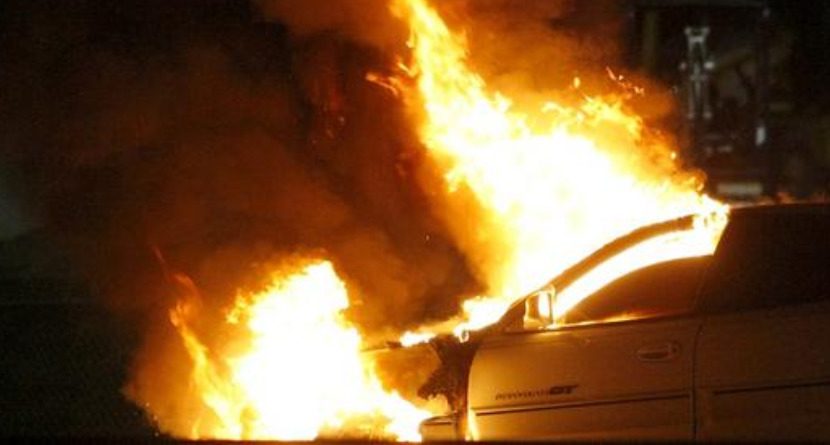 A car was discovered on fire at the Tandridge Golf Course over this past weekend and officials say the act appears to be deliberate. The golf course was recently voted as a top-100 course in England.

The Surrey Mirror has the latest:

A car was found on fire on Tandridge Golf Course last night having been driven onto the golf course. Surrey Fire and Rescue Service sent a crew from Godstone Fire Station to the scene, at the course off Godstone Road, at about 9pm.


They found the car well alight and used two sets of breathing apparatus and a hose reel to put it out. The cause of the fire is under investigation but Surrey Police are involved as it appears suspicious, although it is not known for sure at this stage if it was deliberately set alight.

The fire crew left the scene at about 10pm and a firefighter told the Surrey Mirror the car was still at the scene, along with police officers, when they left.

While there is no footage currently available of the incident, here’s what probably didn’t happen: