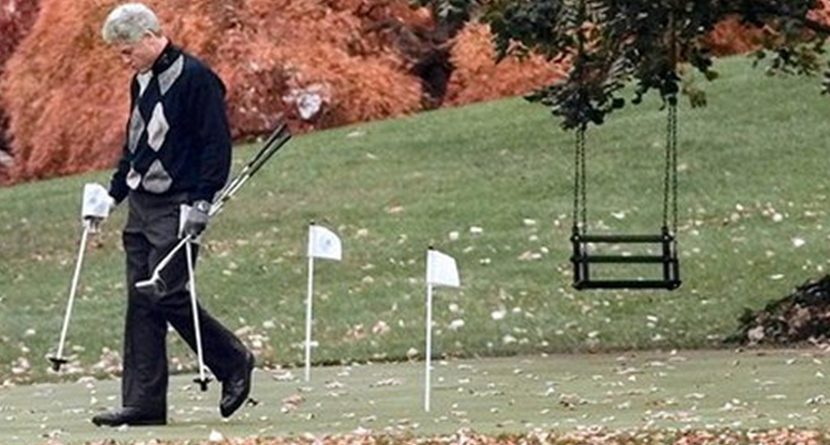 Claim to Fame: 42nd President of the United States

Handicap: Reported to be as low as 10, but has risen in recent years.

– His Clinton Foundation presents the CareerBuilder Challenge on the PGA Tour.

– Played over 400 rounds of golf as the sitting president.

– Famous for “billigans” — his take on mulligans, although he claims that he doesn’t use them as much as has been reported because, “you’d be surprised at how many times you don’t get a bit of good out of it.”

– Neither his wife, nor daughter are much into the game despite his requests.

Golf Quote: “Golf is like life in a lot of ways: The most important competition is the one against yourself. All the biggest wounds are self-inflicted. And you get a lot of breaks you don’t deserve, both ways. So it’s important not to get too upset when you’re having a bad day.”