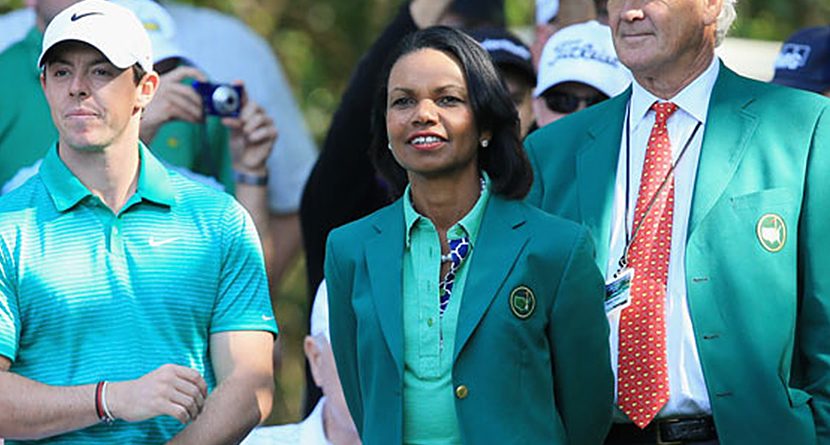 – Was invited to join Augusta National Golf Club in 2012

Golf Quote: “I’m a pretty good athlete. And I was sort of good at tennis right away. But golf isn’t like that. It gives, and it takes away. So it’s taught me to be more patient, and it’s taught me to try to rein in my tendency to always go for it.”