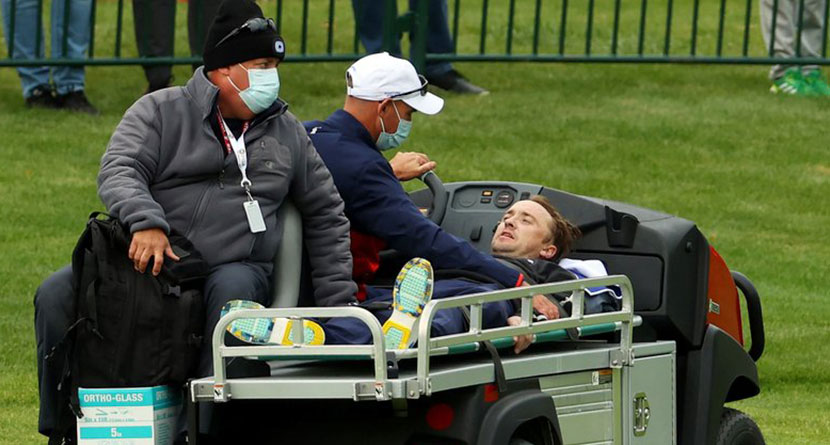 As the top players from the United States and Europe prepared for the Ryder Cup’s Opening Ceremony on Thursday, the final pre-tournament festivities wound down at Whistling Straits in the form of a Ryder Cup Celebrity Match.

Having teed off earlier in the morning, on-site reporters shared preliminary news a little after 1 p.m. local time.

This was a very serious, sudden situation as he seized walking off the green. https://t.co/zzWwARxnwl

Felton, who competed alongside Alessandro Del Piero, Toni Kukoč, Teemu Selänne, Stephanie Szostak and Sasha Vujačić for Team Europe, celebrated his 34th birthday earlier this week and appeared to be in good spirits during the matches, even going so far as to use his club as a flying broomstick, an homage to his character in the Harry Potter film franchise.

The teams had completed their 11-hole event and were posing for photos on the 18th green at the time of the incident.

Scary scene at Whistling Straits, where Tom Felton collapsed on the 18th green and was carted off after playing in the celebrity portion of the Ryder Cup pic.twitter.com/ssPSCBTw9S

Ryder Cup organizers said only that Felton experienced “a medical incident” at Whistling Straits and was taken to a local hospital for treatment. They provided no other information.