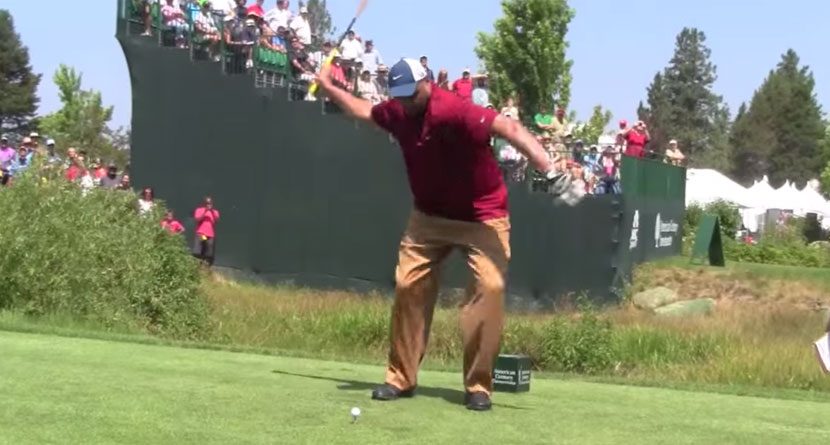 Charles Barkley debuted a new swing at the American Century Championship this past weekend, and he finally got rid of the infamous stutter. Instead, he just swings with one hand, and it’s not as ugly as you may think.

It’s hard to believe that a golf swing could be better with fewer hands on the club, but Sir Charles is not your average golfer by any means.

Granted, this new swing change couldn’t have helped him too much, seeing as he finished in last place and failed to record a single par in three rounds. He made five bogeys, zero pars (or better) and the rest of the holes consisted of, well, other. Maybe with some practice, Barkley will get the hang of his new swing. He seemed to hit it fairly well a few times, but a few times certainly isn’t enough to score well.