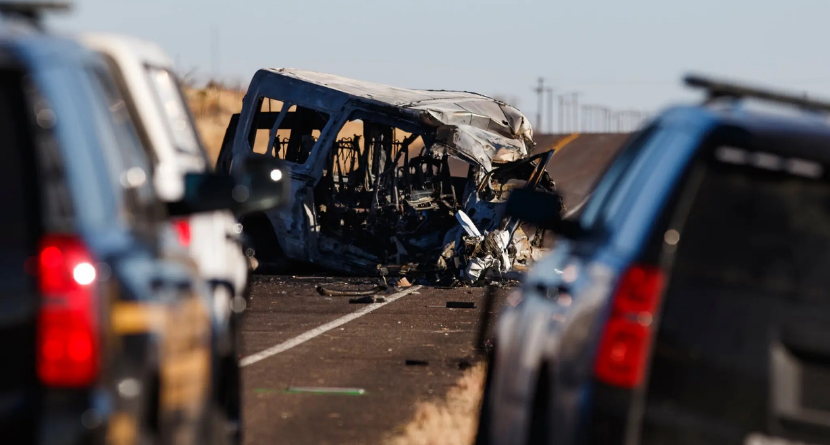 The golf community is mourning the tragic loss of six college golfers and their coach after a van carrying members of both the men’s and women’s teams from the University of the Southwest collided with a truck driven by a 13-year-old boy that had veered into its path Tuesday night in West Texas.

Coach Tyler James, 26, who was hired last summer to lead both programs at the small Christian school in New Mexico, was driving the van back from a day of competition in Midland, Texas. Members of the Mustangs golf team who were killed were Mauricio Sanchez, 19, of Mexico; Travis Garcia, 19, of Pleasanton, Texas; Jackson Zinn, 22, of Westminster, Colorado; Karisa Raines, 21, of Fort Stockton, Texas; Laci Stone, 18, of Nocona, Texas; and Tiago Sousa, 18, of Portugal.

The boy and his passenger, 38-year-old Henrich Siemens Seminole County, Texas, were also killed in the fiery wreck that police confirmed was influenced by a high rate of speed.

Two additional players, who both hail from Canada, were critically injured and transported by helicopter to nearby medical facilities.

“This is a terrible accident,” New Mexico Governor Michelle Lujan Grisham said in a statement. “As we await additional information from authorities, my prayers are with the community and the loved ones of all those involved.”

The Mustangs compete in the National Association of Intercollegiate Athletics and were taking part in the TankLogix Collegiate, an 11-team tournament at Ranchland Hills Golf Club in Midland. The conclusion of the event was canceled Wednesday.

Support for the University of the Southwest poured in from all corners of the golf world and beyond on Wednesday, with PGA Tour pros like Max Homa taking to Twitter to express their sympathy. A memorial was set up at the course where the team practices.

The SwingU team extends its deepest condolences to the victims, their families and all those affected by this tragedy. A GoFundMe page has been set up to support the victims and you can access it by clicking here.