Course Closed Due To Overcrowding, Lack Of Social Distancing 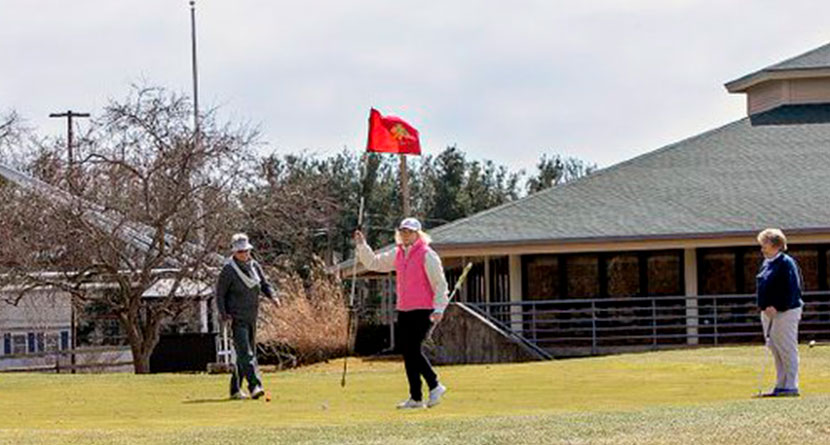 The increasing level of golf course closures around the country — as of this writing 12 states have outright banned the practice with upwards of 20 offering further limitations — even those areas in which golf is allowed to be played are being forced to close their doors due to a lack of safety.

Hunter Golf Course in Meriden, Connecticut was closed earlier this week despite having been given the okay by the state due to an overcrowding of the property on Thursday and Friday of last week, which resulted in a difficulty to practice proper social distancing and other safe health habits, according to The Record-Journal.


The decision to close the municipal course was made by city, health and course officials to shut the doors on Monday with no timetable to reopen or even consider doing so as the coronavirus outbreak plows forward.

Hunter Golf Course is located in Connecticut’s New Haven County, which has seen a spike in confirmed cases of COVID-19. As of March 31, there have been 517 cases in the county that have resulted in 12 deaths, according to the Connecticut Department of Health. The number of confirmed cases has risen by nearly 500% in the last week. The closure ends a tumultuous five-week early-season for Hunter Golf Course. Opening in February, the course saw one of its best starts to the golf season ever, but closed for three days last week following an executive order from Governor Ned Lamont.

When the state reconsidered its stance, golf courses were allowed to re-open so long as they followed proper social distancing measures, which included tee times at least 10 minutes apart, riding one to a cart and maintaining a minimum six feet of separation between people.

Hunter struggled to maintain those requirements despite additional efforts to do so, such as spacing tee times 16 minutes apart and turning away some would-be golfers due to overcrowding.

Mayor Scarpati said that there were multiple instances of shared carts and people were not quick to leave the property, resulting in a “tailgate” situation that failed to meet the social distancing requirements outlined.