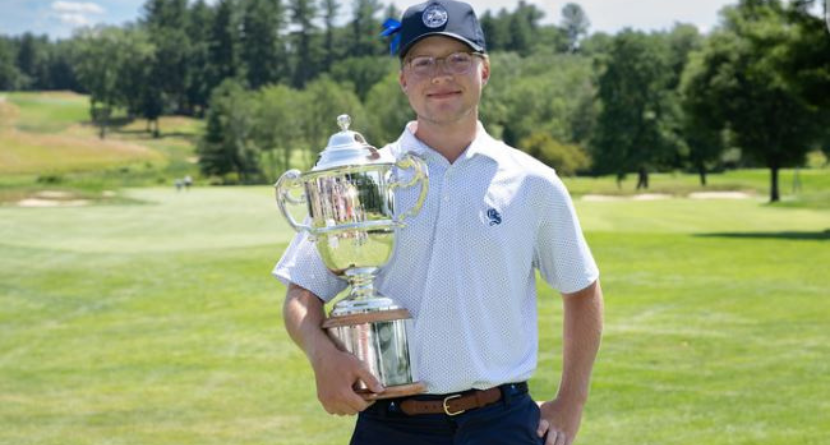 The gauntlet of a Massachusetts Amateur is grueling enough without the heartache 19-year-old Conner Willett carried into the competition earlier this month.

The Wellesley, Mass., native lost his father, Richard, unexpectedly one day before the tournament began. He was just 52. That’s when Conner consulted with his mom, Beth, and sister, Kaitlyn, about whether he should even play in the event at Concord Country Club.

“It changed my whole attitude, and I’ve just been kind of rolling since then,” Willett, a rising sophomore at Georgetown University, said of a conversation he’d had with his father before a recent event. “I haven’t thought about my swing in over a month. I just walk out there and just keep doing the same thing.”

He added: “I was really anxious and really nervous going into rounds. I was really scared of shooting 80, and my dad just gave me a boost of motivation just to be the top dog and just have the confidence or have a little positive self-talk, and it definitely paid off.”

A 10-foot birdie putt on the 16th hole clinched a 4-and-2 victory over Ryan Downes in the championship match, touching off an emotional celebration. Willett’s friend Ryan Whitney was carrying his bag, and the two shared a long hug after the ball found the cup.

“It was one of the more emotional things I’ve ever seen on a golf course,” said Whitney, who lost to his close friend in the round of 16. “It’s amazing how great people can be.”