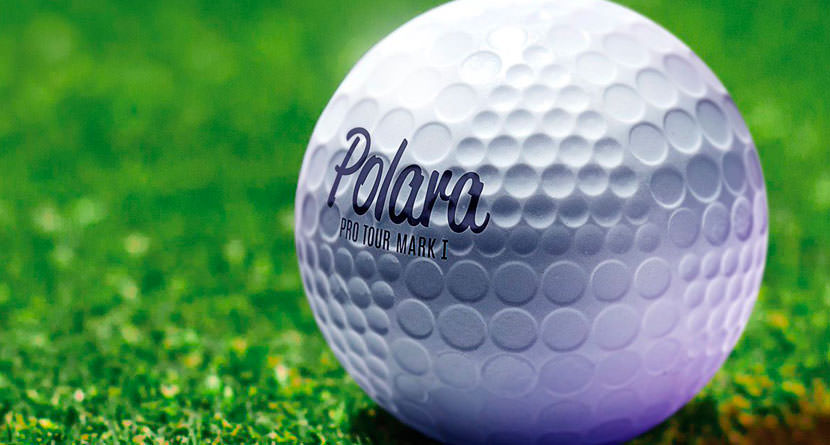 Polara Golf, a company that has gone to war with the USGA and won, filed for Chapter 11 Bankruptcy Protection earlier this month.

Best known for its irregular dimple pattern, which its engineers claimed allowed the ball to fly up to 50% straighter than other balls on the market, Polara has been around for more than four decades.

The news of the bankruptcy filing was broken by Rebecca Cooper of the Washington Business Journal.

The Merrifield company — whose legal name is Aero-X Golf Inc. — has less than $1 million in assets and nearly $3 million in liabilities, according to a Chapter 11 petition filed Dec. 13 in U.S. Bankruptcy Court for the Eastern District of Virginia.

Polara makes unusually dimpled golf balls the company says will help correct a golfer’s slice by as much as 50 percent. It makes no bones about it: The company’s brand of “ultimate straight” balls are printed with an arrow showing players how to line up the ball for the maximum chance of a perfectly straight drive.

The balls have a checkered history. Polara’s inventors patented their first version in 1974 and began selling the ball in 1977. The U.S. Golf Association wouldn’t approve the ball for use in tournaments, however, prompting Polara to sue the association.

The case stretched on for seven years, until the USGA settled the case and agreed to pay Polara $1.4 million to remove it from the market.

But in 2005, a new company bought the rights to the original Polara design and began producing it again. Aero-X Golf purchased the rights in 2009 and improved the design, introducing the “ultimate straight” and the “super straight” balls in 2010, according to Polara’s website.

The balls received a lot of press in the ensuing year as recreational golfers tried them out. Sales surged at the beginning; multiple media outlets reported Polara Golf’s computer servers crashed after the product was announced because of too many orders.

Maker of golf’s ‘banned ball’ files for Chapter 11–
Polara Golf, the maker of one of the most controversial products in the modern history of golf, has filed for Chapter 11 bankruptcy protection.

While golf purists could not abide the high-tech balls, Polara argued it could help speed up the game, not to mention provide more enjoyment for amateur players.

The bankruptcy case is related to a dispute with one of the company’s former executives. The largest claim is a $1.3 million judgment owed to David Felker, who was listed as the chief executive of Polara in articles about its products from 2011 through 2013. A San Diego County court ordered Aero-X to pay the judgment amount after arbitration, according to the company’s bankruptcy attorney Stephen Metz. The Chapter 11 documents list Steven Lebischak and Louis Green as the current directors of the corporation.

The judgment was “essentially the claim that forced the company into bankruptcy,” Metz said.

Polara has not been able to sell its golf balls online for the past few months after an order related to the Felker judgment led to the shutdown of Polara’s e-commerce site. Metz said the company is working to reverse that order and reopen online sales through the Chapter 11 process.

“The goal is to remain in business, remain operational, continue to sell golf balls and restructure the debt,” Metz said.

The next largest claim is for $1 million from Foremost Golf Manufacturing in Taiwan, according to the filings.