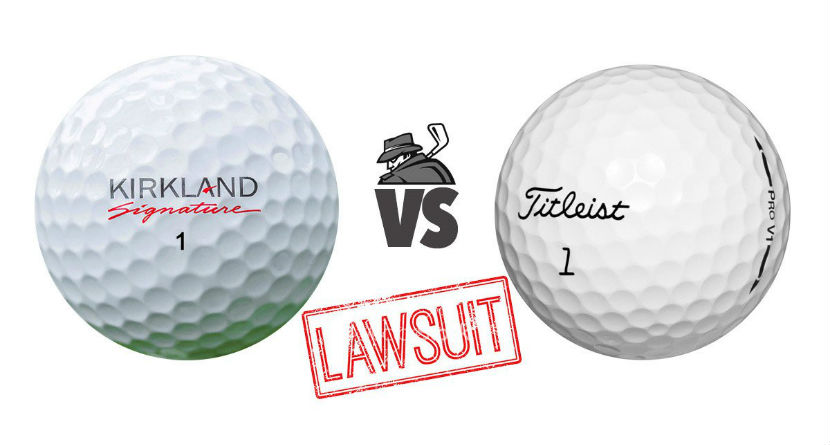 A battle of the corporate titans has broken out in the golf ball industry. Costco, the largest American membership-only warehouse club and makers of the now famous Kirkland Signature golf ball has officially sued Acushnet, the parent company of Titleist. The suit stems from a letter Acushnet’s legal counsel previously sent Costco accusing them of infringing on 11 of its patents and engaging in false advertising based on the Kirkland Signature guarantee that such products “meet or exceed the quality of leading national brands.” According to David Dawsey of Golf-Patents.com, Costco is seeking a declaratory judgment which states these claims are simply not true.

In their complaint, Costco states that the K-Sig “does not infringe any valid patent rights owned by Acushnet, including any valid patent claims identified by Acushnet in its correspondence.” They also countered Acushnet’s claim that targets Kirkland Signature’s quality guarantee by stating that they’ve never publically compared their ball to Titleist’s Pro V1. They further argue it by saying “a reasonable consumer would not interpret the Kirkland Signature guarantee as intended to convey a statement of fact about any specific comparisons of quality between the Kirkland Signature ball and any specific manufacturer or ball, including Acushnet and its Pro V1 ball.”

Tony Covey, editor of MyGolfSpy, explains a few reasons why this suit is significant:

First, it unequivocally dismisses any suggestion that Titleist sells so many balls it isn’t concerned about Costco’s market penetration. It’s been clear from day one that golf companies are watching the K-Sig closely, and here’s your proof that the biggest of them all is feeling the impact.

Titleist’s ball business was down nearly 5% last year, and while the company was content to blame the decline on the second year of a Pro V1 release cycle and the closures of Golfsmith and Sports Authority, the reality is that competitors, including Costco, are starting to chip away at Titleist’s dominance in the category.

Presumably, Acushnet thought the threat of legal action might be enough to end the K-Sig as it did Monsta, 3-Up, and some of the other smaller ball companies it sued a couple of years ago. While it’s rumored that Acushnet’s letter played a role in the K-Sig’s sudden disappearance from store shelves, it appears Costco has been busy readying its response. Unlike those smaller brands, Costco is refusing to be bullied.

You can read the full suit here. As a reminder, a new box of Pro V1s costs roughly $50 per dozen. Costco’s K-Sigs are only $15 and are expected to be back on shelves sooner than later. Let the games begin!