Could This Texas Recruit Be The Next Jordan Spieth? 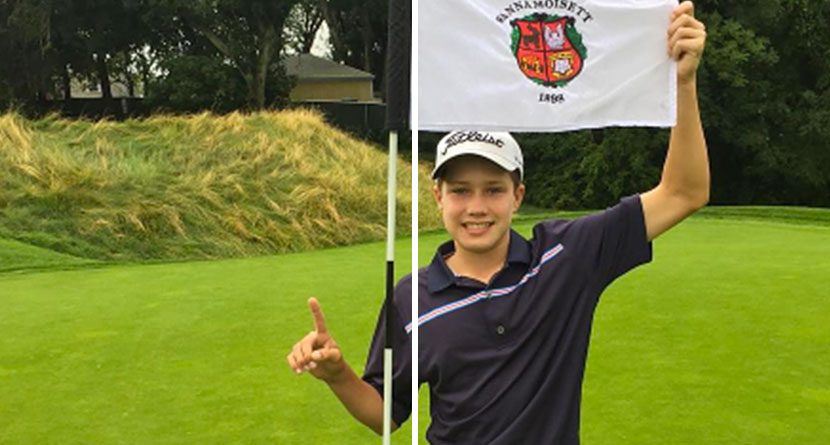 Jordan Spieth is a once in a generation talent, but that doesn’t mean there aren’t a bunch of up-and-coming golfers trying to be the Spieth of the next generation. One such junior golfer is 15-year-old Mason Nome who is following in Spieth’s footsteps by committing to play his college golf at the University of Texas.

I just accepted a scholarship to play golf at The University of Texas in 2019. #golf #UT #universityoftexas #utgolf #hookem

Nome, who committed in eighth grade (!) has proved he is worthy of his early recruitment many times over, just the latest of which came this past weekend at Black Hawk Country Club in Richmond, Texas where Nome fired a 6-under par 66 that featured a hole-in-one, an albatross and a closing double bogey. Oh, what could have been.

Hole in one and double eagle in same round!

Mason’s game translates from the course to the backyard it seems. Let’s see Spieth try and match this.