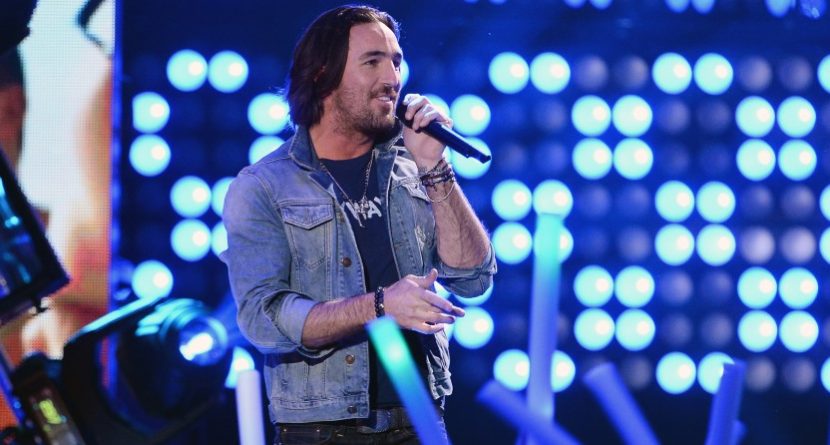 If Jake Owen had it his way, he’d be playing in pro-am golf tournaments as the professional rather than the amateur. He’d be making millions off of birdies instead of Billboard hits.

But being a country music star while still maintaining a single-digit handicap still isn’t a bad way to get through life.

With the help of Golfmix.com, Owen released a video on Thursday featuring his concert performance at the Waste Management Phoenix Open a couple weeks ago. Making special appearances by mouthing the words to Owen’s Billboard No. 1 single “Barefoot Blue Jean Night” were, among others, pro golfers Ben Crane, Harris English, Rickie Fowler, Tommy Gainey, Ryan Moore, Pat Perez and the tournament champion, Kevin Stadler. Patrick Peterson of the NFL’s Arizona Cardinals also earned a cameo, as did the legendary Dr. J (Julius Erving):

In addition to playing his guitar at the party accompanied by a golf tournament, Owen also played golf at the Phoenix Open, taking part in the pro-am. He then followed the tour to Pebble Beach this past weekend to participate in the last event that lets amateurs play alongside pros during an actual PGA Tour event. Owen teamed with 20-year-old sensation Jordan Spieth to tie for 11th overall at 22-under in the pro-am standings.

And that was even with Owen leaving town Friday night. He had a concert in San Antonio, so he raced to the airport and made it on stage in Texas at 7:30 p.m. He performed, then jetted back to California for his 10:01 a.m. tee time Saturday morning on the Monterey Peninsula. That won’t be the last time the PGA Tour sees Owen this year. He’s slated to perform on May 7 at TPC Sawgrass ahead of the Players Championship, where he’ll be the headlining act on Military Appreciation Day. It’ll mark Owen’s second concert at Sawgrass, as he played during the Nationwide Tour’s Jacksonville Open in 2011.

That trip will also put Owen back a few hours up the coast from where he grew up. He was raised in Vero Beach, Fla., where he picked up golf at a young age with his twin brother and father. As a teenager, his dreams were to become a professional golfer, and he won his first tournament at 15. He later walked on to the golf team at Florida State.

But soon thereafter, a wakeboarding accident forced him to undergo reconstructive shoulder surgery. His golf days were done for the foreseeable future, but with his arm still in a sling, he began playing the guitar. Music turned out to be a nice backup plan.