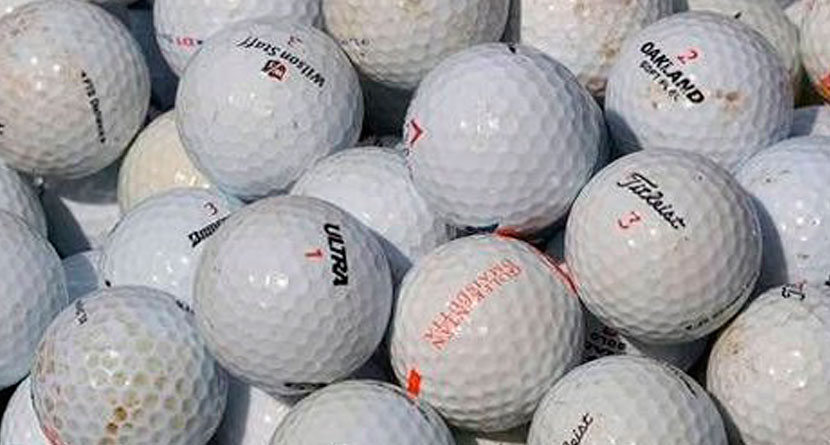 People who choose to live on or near a golf course and then complain about living on or near said golf course continue to befuddle. The latest head-scratcher comes out of Eastern Pennsylvania where a couple is now seeking to hold a golf course in contempt of court following suing and receiving an injunction last year.

Riley Yates of The Morning Call has the sordid details of one couple’s plea for golfers to stop hooking golf balls into their yard.

If you are teeing off at Morgan Hill Golf Course’s 13th hole and you tend to hook, Jerzy and Halina Wisniewski ask you to please think of their shattered nerves.


The Williams Township couple have lived next to the golf course for more than a decade, and they say they are sick and tired of being terrorized by a barrage of errant balls that keep zipping onto their property. Once, Halina Wisniewski claims, she was hit in the back by a shot; her husband has been hit in the head, she said.

“My safety comes to an end the same day that golf season starts,” Halina Wisniewski testified this fall at a Northampton County Court hearing. “There is not a single day I can go out safely, that I can go out to take a rest, because I live in constant fear.”

The Wisniewskis, who live on the 600 block of Cedarville Road, sued the golf course last year and were granted an injunction in July barring Morgan Hill from allowing balls to wind up on their property. But the couple is back in court seeking to hold the course in contempt of that order, saying the wayward shots keep coming.

On Wednesday, Judge Michael Koury Jr. took testimony on the continuing neighbors’ spat, which already saw nearly a day of witnesses in October. Morgan Hill officials deny wrongdoing, saying that between the tees and the couple’s home is a thick woods that is directly in the way. The course says that, considering the trees and the physics of how a golf ball travels, what the couple is claiming is impossible.

When the July 5 court order was issued, Morgan Hill closed two of the hole’s tees and spent three weeks monitoring every shot players made from the remaining one, said Patrick Mallory, the course’s director of golf. Not one ball ended up on the couple’s property, he said.

In an abundance of caution, Mallory said, Morgan Hill decided anyway to move all three tees forward, so that they now sit past the Wisniewski home.

For the October hearing, Jerzy Wisniewski brought a bag of 50 or more golf balls that he said he collected since the order was entered. He testified that in that time, one ball hit his roof and cracked its clay tiling.

(The course’s lawyer Erv) McLain argues that the balls Jerzy Wisniewski collected must have been hit long ago, before the injunction. He charged the couple is merely angling to have Morgan Hill buy their home from them.