Cryotherapy Is The Coldest, Hottest Trend In The Game 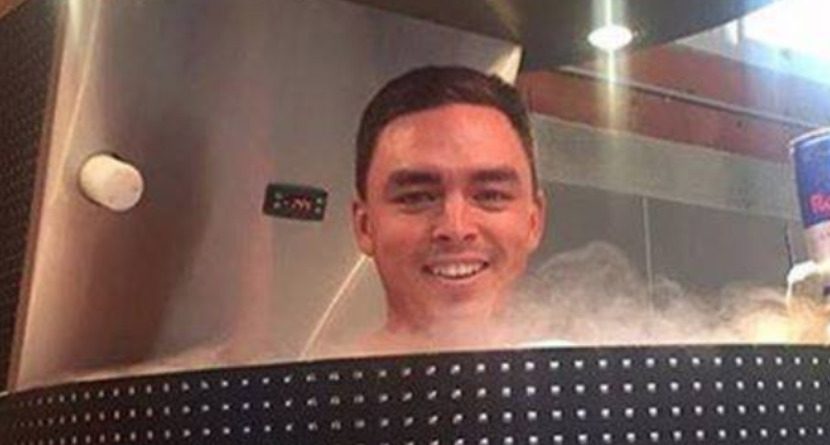 If you want to improve your golf game but haven’t jumped into a nitrogen filled chamber that reaches an excess of -200 degrees Fahrenheit, what are you waiting for? The treatment is called Cryotherapy, and it’s being used by more and more guys on the PGA Tour. Just ask Rickie Fowler, Jordan Spieth and Zach Johnson who have adopted the latest medical breakthrough. It’s a three-minute process with the end results being post-workout recovery, higher energy levels and better sleep.

Cryotherapy enthusiast and Top 100 Teacher, Scott Munroe, spoke with Golf.com in a recent interview on the subject:

“Cryotherapy tricks the body into thinking it’s freezing,” Munroe says. “The brain releases endorphins, and the immune system gets a boost,” adding that sore muscles bounce back faster. Considering the gym time and air miles logged by the pros—not to mention countless golf swings—faster recovery is a big benefit.


“It’s an important part of my players’ recovery programs,” says Troy Van Biezen, a chiropractor at Dallas-based ChiroSports Specialists. Van Biezen has guided Spieth, Fowler and Johnson through cryotherapy sessions in the Impact Cryosauna he has in his office. “Treatment reduces inflammation that can occur from repetitive trauma or an acute injury.”

Of course, there are potential health risks when you’re exposing yourself to temperatures that are twice as low as the lowest temperature ever recorded on earth, so you should consult with a doctor before taking the plunge.

.@golf_com I hear Bubba’s big into the Cryotherapy. All credit to him. pic.twitter.com/LA3qBaHiKu

While we can’t guarantee you’ll make it on tour, at least you can recover like the pros.