Widow Suing Golf Club For Their Part In Husband’s Death 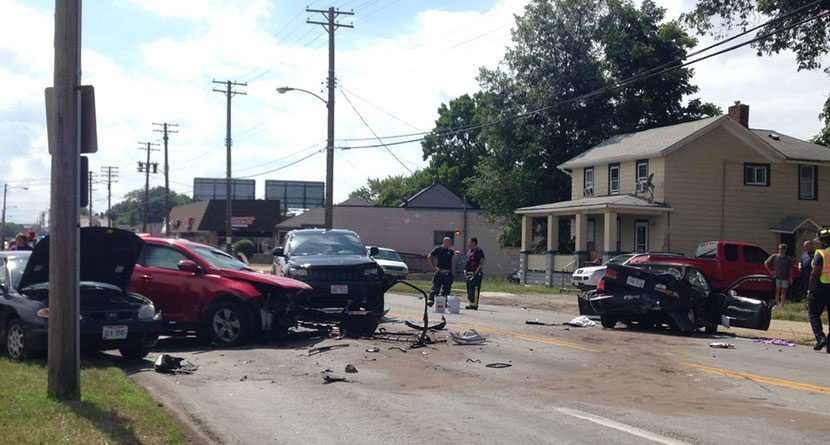 Everyone likes to enjoy a drink or two at the 19th hole following a round of golf, but an overzealous post-round celebration has resulted in tragedy in Dallas. A  golfer was charged with intoxication manslaughter after she left the Golf Club of Dallas and played a part in a five-car pile up that claimed the life of Thomas Jungerberg.

Jurgerberg’s wife, Cindy King, is placing blame on the golf course, alleging that Erin Barrington was over-served prior to leaving the club. The Dallas Morning News has the details:

The wife of a moped driver killed in a five-vehicle pileup last fall is suing the Golf Club of Dallas for over-serving the 23-year-old former Bishop Lynch golfer charged with intoxication manslaughter in the crash.

Cindy King’s suit, filed this week, cites the wrongful death of her husband, Thomas Jungerberg. She is seeking $1 million in damages.

Philip Bleakney, the director of golf at the Golf Club of Dallas, declined to comment.

Jungerberg, 32, was headed home from work on South Lancaster Road in Dallas around 6:30 p.m. Oct. 8, when Erin Barrington, who had just left the Golf Club of Dallas, struck his moped from behind with her Nissan Pathfinder.

Jungerberg’s moped crashed into the back of a Chevrolet Impala, and he was thrown onto the road. He was pronounced dead at the scene.

Three other cars were involved in the wreck, in addition to Barrington’s and Jungerberg’s.

A witness told police he saw Barrington try to start her car after the crash.

When police arrived, Barrington told them she had only had one drink, a Jack and Coke, around 3 or 4 p.m. But her arrest affidavit said she had to hold onto a police officer to keep her balance.

Barrington was arrested and charged with intoxication manslaughter.

King’s suit says Barrington was obviously drunk at the time of the crash. The suit alleges the Golf Club of Dallas continued to serve her drinks even though she was intoxicated “to the extent that it was apparent she presented a clear danger to herself and to others.”

Texas law stipulates that establishments can hold some liability if it continues to serve a patron who is “obviously intoxicated.” Barrington will return to court at the beginning of August.