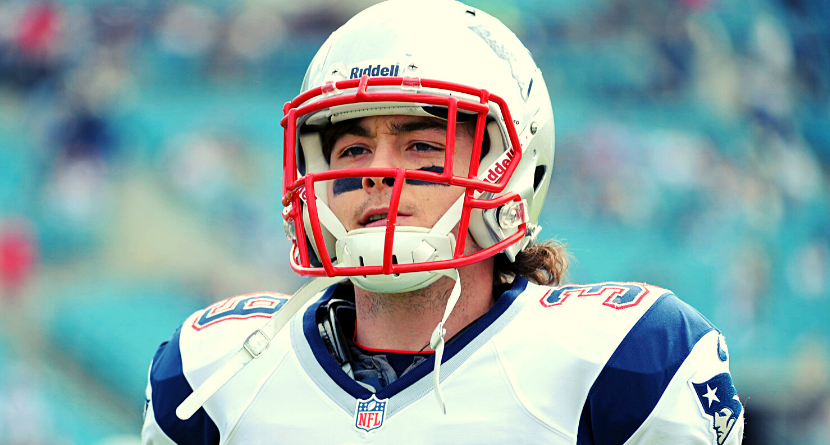 Danny Woodhead once scored a touchdown in the Super Bowl. But the diminutive former NFL running back just inched closer to realizing a golf dream that would dwarf his accomplishments on the gridiron.

Woodhead, 37, advanced to final qualifying for the U.S. Open on the strength of an even-par 71 at Omaha Country Club on Wednesday that tied him for third place. The round featured four birdies, the last of which was captured in a tweet that went viral.

Of the little kick move he used to will the big breaker into the cup, Woodhead, a podcast host who’s known for his dry wit, quipped, “I kinda look stupid here.”

Congratulatory messages flooded in from all corners of the golf Twitterverse. Max Homa, the PGA Tour’s most recent winner, saluted Woodhead’s efforts with a simple “Hell ya Danny!”

Known for his shifty moves and pass-catching ability, Woodhead totaled 32 touchdowns (17 receiving, 15 rushing) across nine seasons playing for the Jets, Chargers, Patriots and Ravens. He is perhaps best remembered for his tenure in New England, with whom he appeared in Super Bowl 46.

Woodhead caught a four-yard touchdown strike from Tom Brady to put the Pats ahead in the second quarter. They would eventually lose, 21-17, to the Giants — their second heartbreaking defeat at the hands of the New Yorkers in four years. Woodhead caught four passes for 42 yards and rushed for another 18 on seven attempts.

This is not Woodhead’s first brush with fame on the links. He previously qualified for the 2021 U.S. Amateur Four-Ball tournament at Chambers Bay Golf Course in Washington.

Another former football player — with a higher profile as a celebrity golfer — saw his own quest for a spot in the national championship fizzle at the local qualifying stage. Tony Romo, who reportedly plays to a +1 handicap, shot a 3-over-par 75 at a qualifier in Gunter, Texas, to miss out on a spot in a playoff by two strokes.