Hootie Tells The Most Random Tiger Woods Story Ever 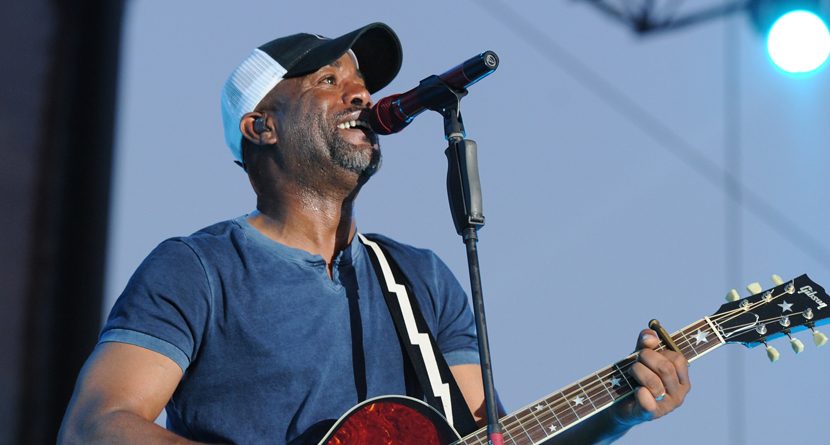 Tiger Woods is good at a lot of things, but apparently singing is not on that list.

According to Darius Rucker, “he’s awful.”

Rucker, formerly of Hootie and the Blowfish and now the frontman of his own country band, appeared on the Dan Patrick Show Thursday to talk sports. Eventually the conversation turned to singing, and Patrick wondered aloud which famous celebrities he’s sung with.

“Tiger is probably the most famous person I’ve sang with,” Rucker said.

Patrick then interjected: “He can’t sing.”

To which Rucker retorted: “He’s awful. He is awful.”

Rucker said Woods was at one of his concerts in California when he emerged with the band from backstage wearing Rucker’s hat. The crowd went nuts and they performed a song together — while the band played, the newly formed duet manned the microphone.

But the story gets much, much better.

Rucker then recounted the time he first met Woods. After Hootie played a set at an East Lansing, Mich. club, Rucker spotted “an 18-year-old Tiger Woods in the bar.” He introduced himself to the young golfing sensation and they soon “started partying together.”

What does “partying together” mean, exactly? Throwing back a few beers? Woods was 18, after all, so maybe “partying” is code for “hanging out and getting to know each other.”

And then the story gets even better.

“The Stanley Cup walks in,” Rucker said. “One of the guys that had gone to Michigan walked in with the Stanley Cup. It was there on the bar. It was a crazy night.”

Woods turned 18 in December 1993, so we assume Rucker is referring to sometime during the summer of 1994 when the Stanley Cup made the rounds with the New York Rangers. It doesn’t look like any Michigan alumni were on that Rangers team, so maybe Rucker has his dates confused.

Either way, it’s a great story.