Decision 2.0: Where Should LeBron James Take His Bad Golf Talents? 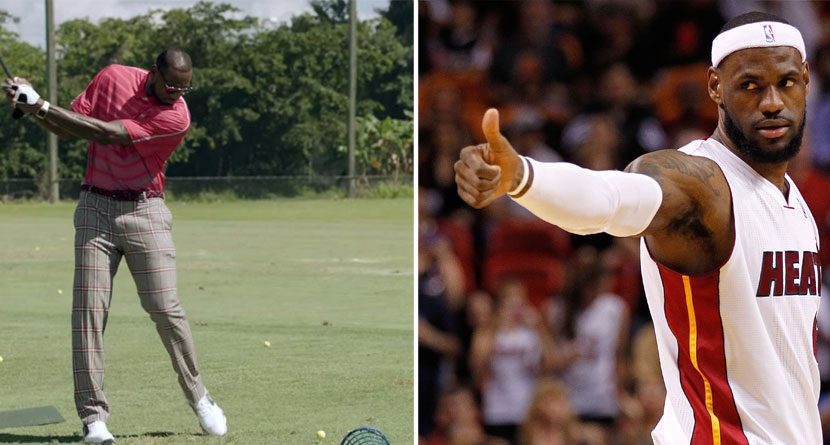 On Tuesday, NBA superstar LeBron James decided to decline his contract player option and will once again test the free agency waters this offseason.

Sports fans will remember how King James spent the entire 2010 offseason teasing every team in the NBA before ultimately choosing to play for the Miami Heat in a televised spectacle dubbed “The Decision.” Four years later, James is faced with the same tough decision.

Why not let his (horrible) golf game dictate where LeBron lands next? Here are the locations of some of the country’s best golf schools and the NBA teams in those cities.

Located just over an hour southeast from Los Angeles, the Wright Balance Golf Academy could be LeBron’s summer sanctuary should he choose either the Clippers or Lakers as his next team. The school’s methods are based entirely on Top 100 teacher Dr. David Wright and is more than affordable for a star like LBJ.

Do you think LeBron would look good in the blue, gold and white of the Denver Nuggets? If so, he could take advantage of the McGetrick Golf Academy, run by yet another Top 100 teacher, Mike McGetrick. Plus the higher altitudes will give anyone a boost in distance off the tee.

Vision 54 is one of the best golf schools in the world, and it’s located in the same hometown as the free-agent hotbed (literally) known as the Phoenix Suns. LeBron will likely have absolutely zero supporting cast if he chose Phoenix, but hey… at least his golf game would be amazing!

The Jim McLean Golf School is located in nearby Fort Worth, about 35 minutes west of this Dallas Mavericks hometown. True, he’d have to deal with the annoying Mark Cuban as his owner, but LeBron can’t do much better than hiring McLean as his golf instructor.

Speaking of Jim McLean, the well-respected golf instructor also has a school in Miami. You know, just in case LeBron decides to stick around with the Miami Heat after all.

Related Link: LeBron James’ Golf Swing Not as Pretty as his Jumper