Defining Success In An Era Of Gamification 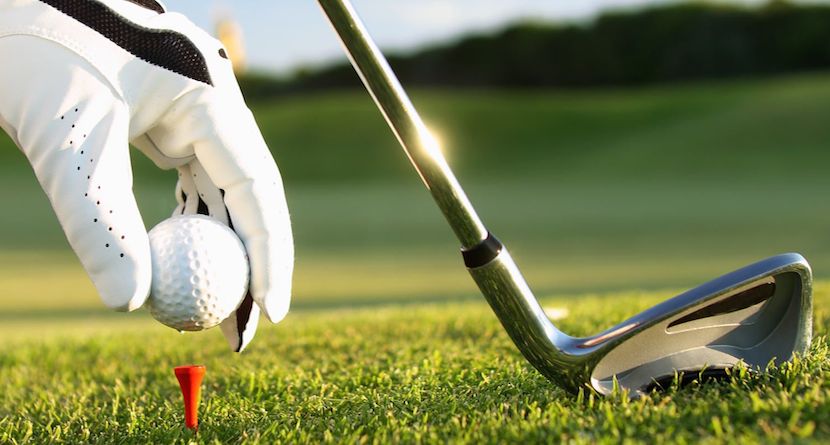 Probably since the shepherds first started playing what became golf, all who have sought to master it have recognized that its complex challenge and inherent difficulty have created a dichotomous relationship.

Our research on both the sport’s allure and its high attrition rates are resolute in asserting golf’s difficulty and the frustration often encountered at even its most elite levels.

As participants, we invest in the most technologically advanced equipment. We constantly seek the magic fix or that one elusive golf tip that will elevate our play, and yet the average handicap of the readers of the major golf publications remains relatively stagnant. Golf is hard. So is, I might assert, anything worthwhile. And that reality adds to the list of parallels that we often draw between golf and life.

Perhaps in what attitudinal research has shown to be in this moment in time where we’ve become more impatient as a society; where instant gratification or entitlement are the pejorative descriptors of our younger generations, it’s no wonder that many worry about the continuing allure of a game that is, by its nature, so difficult.

To wax philosophical then, maybe we need to look beyond the limits of how we define success in golf. That’s not to say that for many, the pursuit of par and the classic battle between golfer and golf course should be pushed to the side. The handicap system has been developed and refined over the years to allow all of us to compete on a level playing field against par and against each other.

Why relatively so few of those defined as golfers actually maintain a formal handicap is a complex question that we remain intimately involved in studying. But, one truth that has emerged in this and other research that I can share is that for most golfers a focus on competition against lofty benchmarks, be it against a standard, another player or oneself is secondary to other compelling gifts that golf provides us.

Golf’s allure is more commonly attributed to communing with nature in peace and solitude, or the uniquely sequestered quality time with friends and family than it is with competition. That’s counter-intuitive for many of us in the industry who spend the bulk of our time charged with preserving golf’s heritage, identifying its best players and providing implements designed to make mastery less elusive.

That said, we are also living in a time where personal performance data and statistics are rampant. We count our steps, measure our heart rates and engage in virtual micro-challenges against often interim and readily-attainable benchmarks as we ride our exercise bikes or climb stairs. We break virtual bricks, remove rows of coins or eliminate angry birds on our mobile phones.

It’s an age of gamification, that often allows for bite-sized experiences and often sets easily reachable milestones. Taking that statement further, let’s think about video games where one can be instantly dropped into virtual worlds where seemingly anyone can be an NFL quarterback who can throw for 500 yards a game, or a modern-day superhero saving humanity from destruction.

What’s the connection, then, with golf? As one who respects the game’s history and tradition, and values its challenges at the most elite and pure levels, I’m far from advocating a watering down of the sport. But at the same time, I think about ways in which entry ramps and derivatives can co-exist with their own sets of simpler milestones at certain levels, even temporarily, as one hones their skills, or watches them diminish.

One can argue that the phenomenon of Topgolf, Drive Shack and their imitators is more about food and beverage and creating social spaces that they are about building the next generation of golfers, and it’s too early to suggest that these entertainment venues will become a viable pipeline for building a sustainable population of new golfers. But that aside, these super-ranges get it when it comes to recognizing that alternate definitions of success, served up in finger-food portions, can deliver an enjoyable experience.

It’s a lot easier to hit a target 40 yards away than it is to break 80 on today’s longer and more challenging golf courses. And I think that there is something to be learned from that, as we look to harness technology in new ways that can make golf seem less difficult and provide important little victories along the way towards a more traditional relationship for those who seek it.

I think back to my first little victory as a golfer. I was a kid, far from breaking 120 at that time, but I recognized that the par-3s were probably my only opportunity to score like a pro. On this particular morning, I remember telling my dad with totally unwarranted braggadocio that I was going to birdie the first par three on the golf course.

My 90-yard tee shot sliced another 15 or 20 yards to the right, and I was faced with about 50 yards over a cart path to a narrow green. Birdie was far from my mind, but I skulled a wedge that skipped off the cart path and right into the cup.

I certainly didn’t deserve that birdie, but it was my first taste of success…and from then on, I was hooked.