Dinosaurs May (Or May Not) Play Golf In ‘Jurassic World’ 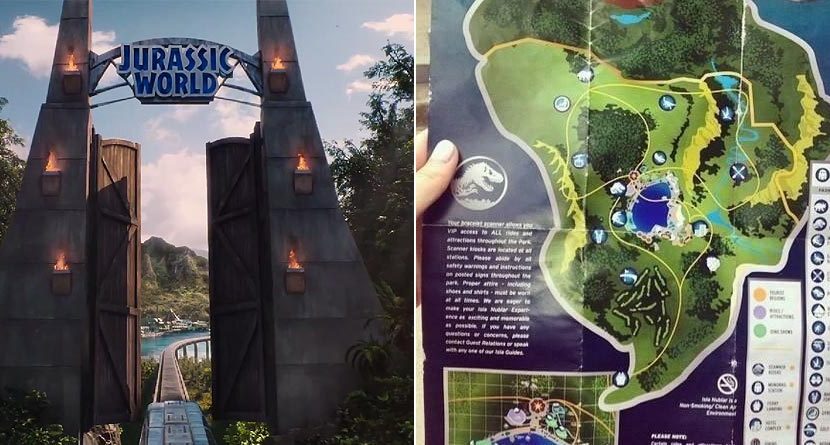 It’s been 21 years since “Jurassic Park” hit theaters, bringing (kind of) realistic-looking dinosaurs to the big screen. On Tuesday, fans of the trilogy got a look at the next film involving dinosaurs wreaking havoc on an island.

The first official trailer for the movie “Jurassic World”  was released, revealing an all-new park where dinosaurs roam.

Everyone will clamor over how realistic the dinosaurs look and how futuristic the park is, but I’m interested in something else … something that wasn’t in the trailer: a golf course.

The film reportedly takes place on Isla Nublar — a fictional island off the coast of Costa Rica — where a new theme park called Jurassic World was built. Not only does the park house the prehistoric beasts, but it’s also the home of an 18-hole golf course.

Here’s how the film’s director and co-writer Colin Trevorrow describes the prehistoric-park:

Jurassic World takes place in a fully functional park on Isla Nublar. It sees more than 20,000 visitors every day. You arrive by ferry from Costa Rica. It has elements of a biological preserve, a safari, a zoo, and a theme park. There is a luxury resort with hotels, restaurants, nightlife and a golf course. And there are dinosaurs. Real ones. You can get closer to them than you ever imagined possible. It’s the realization of John Hammond’s dream, and I think you’ll want to go there.

Here’s my take on this: You can go check out the dinosaurs in the morning before heading to the course for an afternoon tee time.

If only this really existed.

A leaked brochure for the park shows a small layout of the course, with a short description. There’s even “full caddying service as well as on-site catering.”

#JurassicWorld has been shooting at the @AudubonZoo in New Orleans – extras were given this map of Isla Nublar! #JP4 pic.twitter.com/oAiW7PfBmj

Retweet if you would love 2 go on vacation to #jurassicworld people. The amenities at the park will blow your mind pic.twitter.com/PmYSax5B0C

It’s unclear whether the caddying is done by humans or raptors, but I wouldn’t rule out the latter. After all, it is “Jurassic World.”

The highly-anticipated film is set to hit theaters on June 12, 2015, with the off-chance that we’ll see dinosaurs playing golf in the movie.