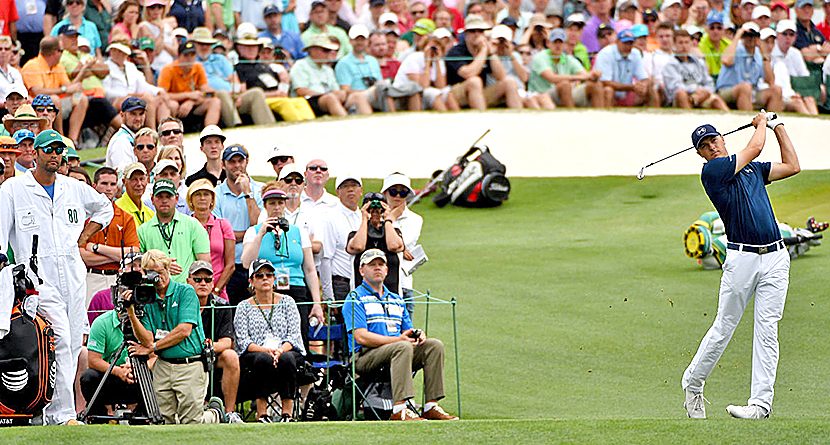 The Masters is arguably the most scenic golf tournament on the planet, from the towering Georgia Pines to the blooming azaleas all framed by perfectly raked bunkers and immaculately maintained grass. Perhaps it’s a bit of winter weather hangover, but nothing signifies spring quite like the sights and sounds of Augusta National in April.

For this year’s tournament, however, that awesome factor will be ramped up, by about four times, in fact, with DIRECTV announcing Monday that the first major championship of the year would be the company’s first 4K Ultra High Definition live broadcast.

Bringing the next level in TV with the first-ever #4K #UHD LIVE broadcast in the U.S.! https://t.co/NY2UksCXMc pic.twitter.com/El07YQUT3V

DIRECTV customers with compatible 4K UHD equipment can view coverage of Amen Corner at golf’s signature event in the industry’s best picture format and most vibrant color television experience possible. With 4K UHD, viewers get roughly 4 times the resolution of HDTV including sharper detail, smoother lines and a richer color palette. The detail is so rich that you might even see the spin of the ball and the divots in the turf as if you’re right there on the green.

“Golf’s premier event deserves the best viewing experience that 4K UHD on DIRECTV provides,” said Dan York, chief content officer, AT&T Entertainment Group. “Once you see it in 4K on DIRECTV, it’s going to be tough to see it any other way – unless you’re there in person.”

The only catch is that aside from needing a 4K compatible television, you will need to have the most up-to-date DIRECTV equipment to support said television.

Luckily for you, we’ve given you a month’s notice. Get out to your local electronics store, pick up a shiny new TV and get that cable guy out to your house. Amen Corner awaits.