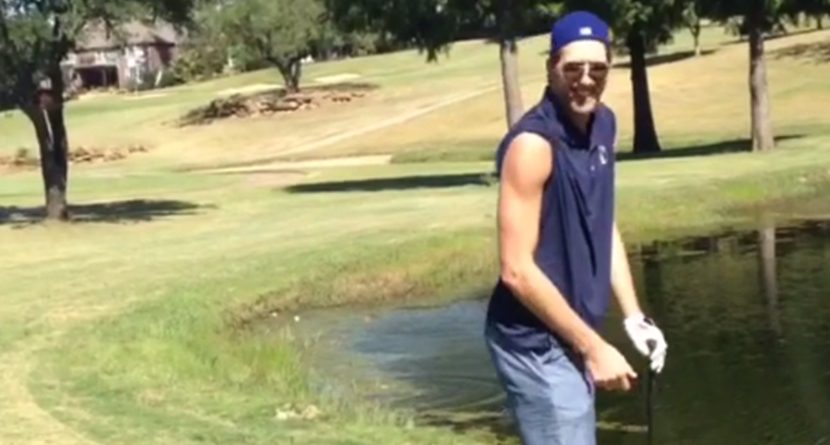 NBA superstar Dirk Nowitzki and two-time major champion Martin Kaymer are both from Germany. That’s about all the two Deutsch-speaking athletes have in common when it comes to their respective golfing abilities.

The 37-year-old former league MVP joined some of his Dallas Mavericks teammates on Oct. 14 at Hackberry Creek Country Club for the annual “Mavs Masters” event where this happened…

Nowitzki, who is seventh on the NBA’s all-time leading scorer’s list, is preparing for his 18th NBA season, all of them with the Mavs. His commentary always adds something to the proceedings, but after shanking that fairway metal wood, maybe he should heed his own advice: “Shut it down. Let’s go home!”