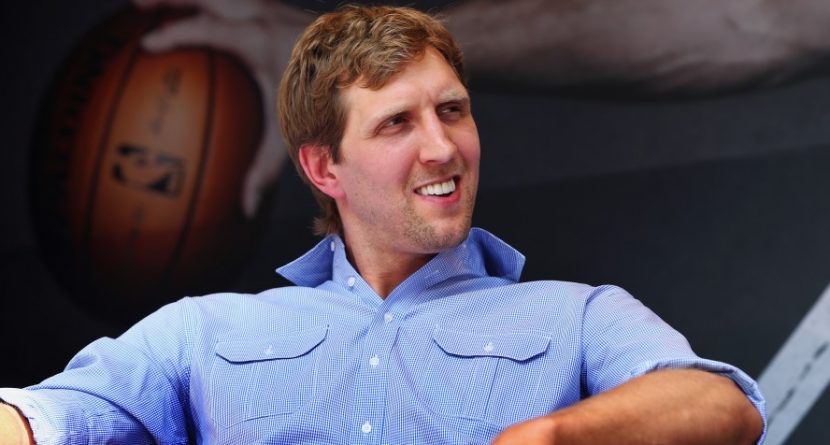 If Dirk Nowitzki got his wish, an NBA team’s season would have around 65 games, rather than the 82 they play now.

“I think you don’t need 82 games,” the Dallas Mavericks superstar told ESPN, adding that the schedule should be trimmed to the “mid-60s.”

Is that his way of saying he wants more time to play golf? Nowitzki’s game was on display Tuesday, along with that of his teammates, for the annual Mavs Masters tournament. Dirk’s swing isn’t exactly on par with Steph Curry’s, but if the lanky German had another month or two for his offseason, like he’s suggesting, a lot of improvements could be made.

Making the season shorter is quite unlikely, though, so Nowitzki’s just going to have to work with the five or six months off he gets now. And at least he can look forward to his team bonding tournament every year.

Here are some sights and sounds from the Mavs Masters:

Dirk Nowitzki in the tee box at #MavsMasters.

Just a few golf swings from your Mavs! #MavsMasters https://t.co/8zVTumxZRj