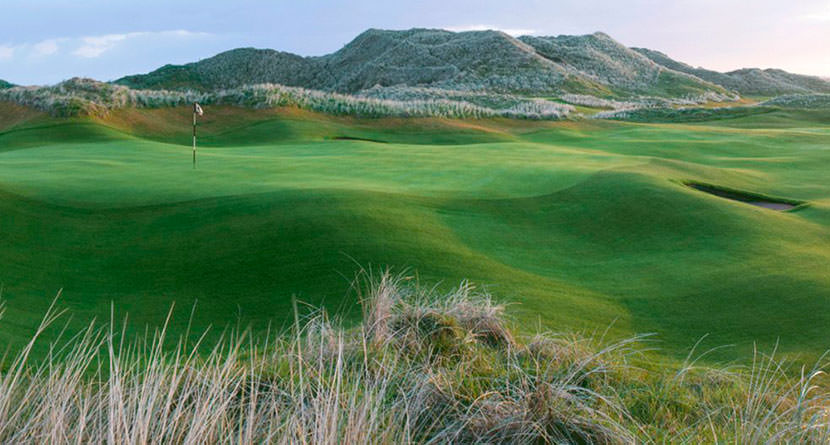 Donald Trump has been given permission not only to build one wall, but two at the Irish golf resort that shares the President of the United State’s name, Trump International Golf Links near Doonbeg, County Clare.

The request for the wall was made in hopes that the course’s proximity to the sea would not cause erosion to three holes that are exposed to the elements.

On Thursday, the Clare County Council gave an Irish golf resort owned by the president approval to build two sea walls — one 2000 feet long, the other 840 feet long — on the landward of an adjacent public beach, according to the New York Times.

The approved sea walls are a reduced version of an earlier plan for a 1.7-mile continuous wall that was withdrawn last year hoping to protect against erosion on three holes that border the beach. The earlier application had referenced climate change and global warming as reasons for sea level rise and the need for the wall; the new application omitted any such references.

The sea wall plan has found support in some local residents who hope that Trump will follow through on plans to invest millions into the property and provide jobs for the surrounding community. But environmentalists have said that the new walls will damage a popular public beach and do harm to the abutting dunes.

Eamon Ryan, the leader of the Irish Green Party, expressed his disappointment in the ruling and is considering appealing it. He suggested rerouting the seaside holes further inland.