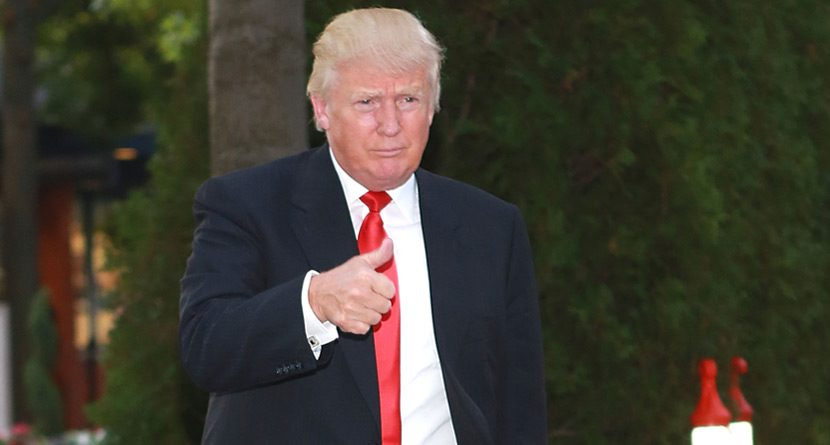 You wouldn’t call Donald Trump traditional, except maybe when it comes to his favorite hobby. He thinks the state of golf is just fine the way it is, despite reports to the contrary.

So he’s not a big fan of 15-inch holes or golf courses being used to play soccer.

“We’re bringing the game down with these 15-inch holes and ‘let’s play soccer golf,'” Trump told Golf.com in May. “Golf should be an aspirational game. We should keep it a high level and not bring it down because a group of people want to sell some more golf clubs or golf balls.”

So it caught us by surprise when we saw that Trump National Doral – which The Donald believes “will be the greatest golf resort in the world” – will soon be hosting its first “Soccer Golf” event:

Do you love golf and soccer? You won’t want to miss our first Soccer Golf Event on Friday, August 22nd. pic.twitter.com/E9SyR7Uo7v

Of course, this will be taking place on the driving range, so Trump can rest assured that his famed Blue Monster course won’t endure any unnecessary divots. But this appears as if Trump is now supporting soccer golf, or FootGolf, or whatever you want to call it, does it not?

It’s a free event for members and resort guests, but drinks and burgers can be purchased. We know Trump is never one to shy away from a money-making opportunity.