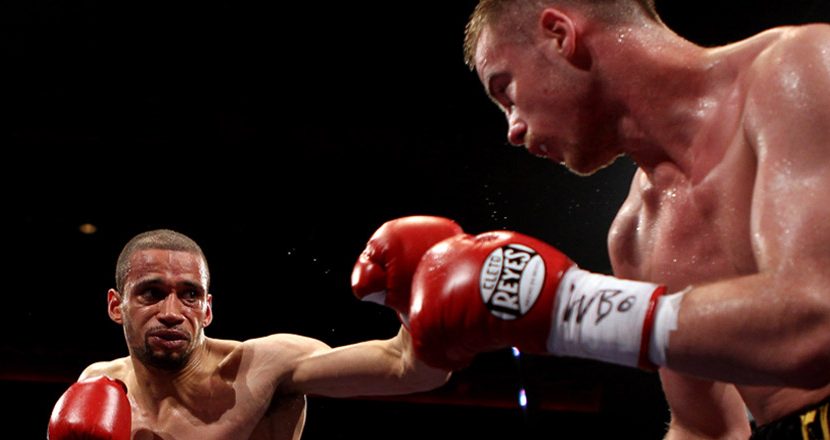 Professional-soccer-player-turned-professional-boxer Curtis Woodhouse does not take kindly to being mocked on Twitter. So much so that he tracked down the guy mocking him.

Poor @jimmyob88 was probably just trying to get some more followers. Stirring the pot with “celebrities” is the new way to prove yourself in today’s world. He was probably sitting in his little London flat stewing about Woodhouse losing his fight and decided he might as well troll him for some followers.

Well, the plan worked. This guy had less than 100 followers before he started his troll session. Now today he’s almost at 1,000. The guy doesn’t even have a picture on Twitter.

That’s the good news. The bad news is Woodhouse decided to track down @jimmyob88 based on the GPS location for his tweets, promising to beat the pulp out of his mocker. In no time flat, @jimmyob88 recanted, begging for mercy.

Not only did he avoid a stout beating, but picked up a bigger Twitter audience. We live in a world where apparently the amount of people that follow you on Twitter and Instagram is directly correlated to how important and successful you are. Bravo, @jimmyob88. You win.

Curtis, I’m pretty sure the fact that you box for a living is enough to win the tough guy argument. No need to be hunting down dudes with 20 followers and no avi in order to prove your point.