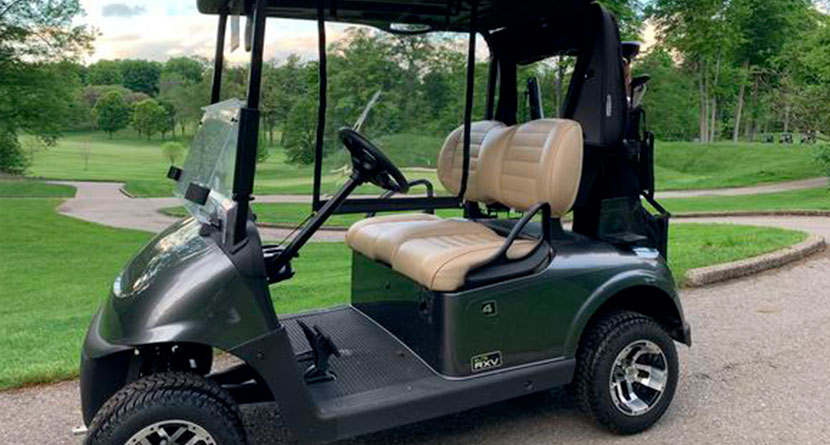 Competition isn’t the only thing that drives innovation; so does golf during a global pandemic.

As the coronavirus pandemic reached North America earlier this year and the seriousness associated with it became evident, playing golf was practically unanimously agreed upon to be a safe and viable way to exercise by experts.

Of course, certain adjustments needed to be made, such as avoiding touchpoints, which included putting cups above the surface or inserting a pool noodle into the cup, and maintaining a social distance from one another. The raised cups and pool noodles were eventually replaced by lift levers that allowed balls to be properly holed while avoiding a touchpoint.

The issue of golf carts, however, was always more difficult to solve. Most courses around only allowed one person per cart as a way to enforce proper social distancing, but as summer has come, a Canadian company has come up with an invention that will allow two golfers to ride in the same cart without fear of spreading germs.

The use of single-person carts has put a strain on courses and players who prefer to ride as fleets have been depleted by increased numbers of golfers, which led to innovation.

Canadian company @shaver_inc (after pivoting its production facilities to PPE) has invented “The Driver Divider” designed to allow two people to ride in carts together in the time of COVID-19. Westmount has them on order. pic.twitter.com/WL59PISna7

The Driver Divider — a curtain of industrial-grade, clear PVC plastic that attaches to the top of the car with Velcro and uses Bungee cords to hold it down separates the driver and the rider of a cart — was developed by Kitchener, Ontario’s Shaver Industries. Normally manufacturing industrial enclosures, the company pivoted during the pandemic to make personal protective equipment and now an option that allows two golfers to ride together.

According to a story by Bob Weeks of TSN.com, the idea came as the result of a local course approaching two of the company’s principal owners, who themselves were avid golfers.

“(A local golf course general manager) came to us to ask if we could manufacture something,” Mark Shaver said. “We jumped right into a prototype and had one in about 24 or 48 hours.”

“It’s a very straight forward installation,” Matt Gazzola, general manager at Shaver Industries, said. “We used adhesive-back hooks, S-Hooks, Velcro and bungees, to basically not have to fasten it into the cart. So, the installation takes all of five minutes.”

The divider can roll up and easily be removed for golfers living in the same household, but can be effective for golfers and courses looking to get more golfers into fewer carts.

The Driver Divider has already gained traction around Ontario in the days since it hit the market.