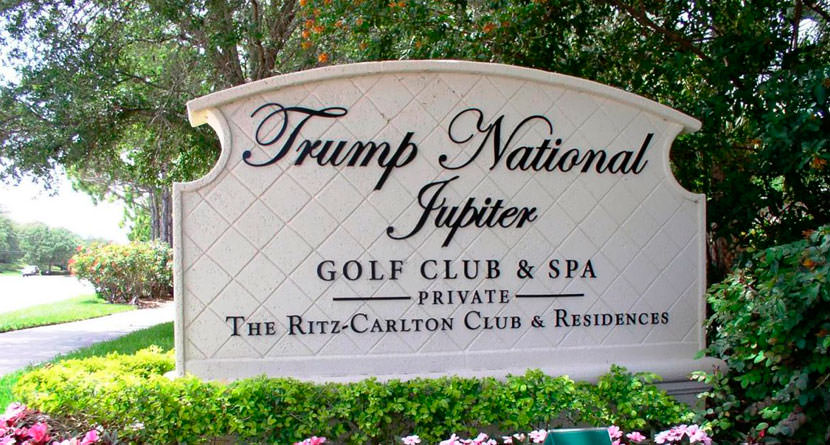 Trump National Golf Club, Jupiter made its way back into the news this week and it had nothing to do with President Donald Trump. The golf club, which famously hosted a round of golf last month that featured the U.S. President, Tiger Woods and Dustin Johnson, was the crash site of a carjacking.

The Palm Beach Post‘s Hannah Winston had the details.

A 56-year-old New Jersey man is accused of carjacking a taxi late Saturday and then crashing it into the guard gate at Trump National Golf Club in Jupiter, according to city police.

Robert Smith was arrested on Sunday morning on one count of unarmed carjacking and released Monday afternoon from the Palm Beach County Jail, according to records. He was released on $5,000 bail.

Smith, from the New Jersey beach town Manasquan, was picked up from the Square Grouper just before 11 p.m. by a taxi driver. Smith asked the driver to take him to a residence at Trump National.

On the drive over, the taxi driver said Smith hit him twice on the side of the head. Once they got to the guarded gate, Smith hit the driver again with his hand, according to police. As the security guard called for backup, Smith and the driver got out of the car, and Smith made his way into the driver seat of the taxi and drove through the gate.

Police found the damaged car, with its doors open, in front of what officers say was Smith’s residence. Officers went to the door and knocked, but got no answer. The door was locked, but police made their way in, saying they needed to check on Smith to make sure he was OK.

Once inside, officers found Smith bloodied and facedown on the bed. It’s unclear how he was injured. Blood was also found inside the car, according to the report.

Smith told officers he did nothing wrong — he just fell on his face. Police said he appeared to be intoxicated and was belligerent with officers when they took him to Jupiter Medical Center to make sure he was OK.