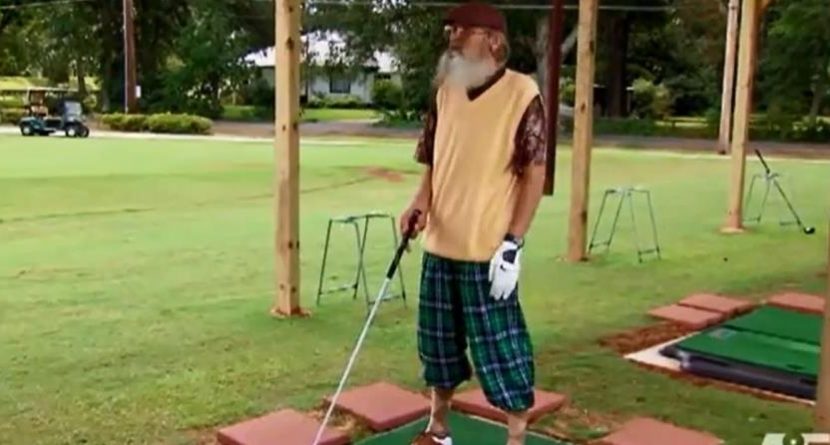 The guys at “Duck Dynasty” know a lot of people – Bubba Watson, for example – and the finest golf instructor they could come up with was Uncle Si?!

Granted, you won’t get a more comical golf instruction than that, or a more bizarre-looking golf instructor, but it seems as if it’s time for Watson to make a guest appearance on the show.

Watson became homeboys with Jase and Willie Robertson back in April at the Zurich Classic in New Orleans, when the Duck Dynasty brothers played with Watson during a pro-am. Part of the event was rained out, which led to this epic tweet at the height of #Dufnering season.

Bubba’s got a little downtime this time of year. Whaddya say? Help the boys learn them some golf?