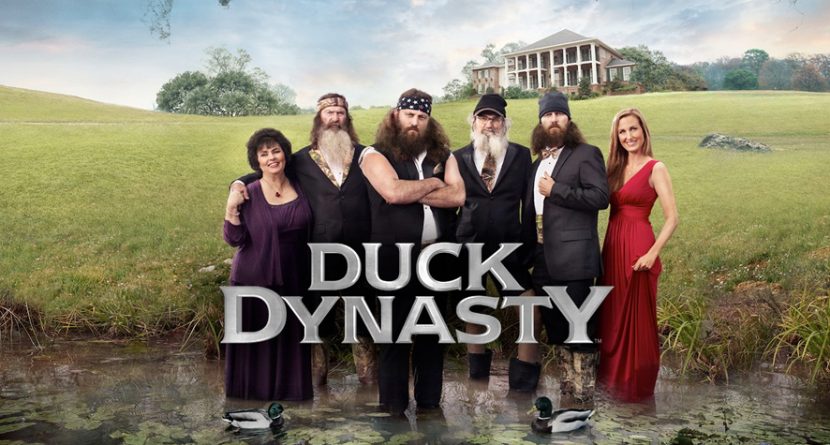 A&E, the cable channel responsible for bringing this bundle of joy to us every season, released an iOS app to coincide with the season premiere. In the app, users are able to attach a trademark Duck Dynasty beard to a photo of themselves. Won’t your mama be proud?

Naturally, we at Back9Network wondered what some of our favorite golfers would look like after being bearded. These are the results. We apologize in advance. What’s that hanging from that tree? Why, it’s PGA Champion Jason Dufner, of course. Dufner appears to be quite comfortable with his new healthy neck curtain. I think I speak for everyone when I say that this is a great look for the man who wouldn’t get excited by a fireworks show in his pants. The reigning Open Championship winner never looked more humble and “oh gee golly” than he does with a fluffy new beard around his chin. If I didn’t know any better – and trust me, I don’t – I’d say Phil Mickelson would make one hell of a Santa Claus impersonator in a few years. Apparently when you throw a scraggly old bear on the chin of Tiger Woods, he instantly becomes a mischievous-looking golf ball wizard. That face means Tiger is definitely up to no good… or he just made a mess in his pants and won’t tell anyone. Let’s all hope for the former. Now that’s just ridiculous. Although, if you throw a golden ring at Rory McIlroy in this photo and point him in the direction of Mordor, you’ve got yourself an Oscar-caliber achievement in modern cinema! You’ll also have a pissed off girlfriend in Caroline Wozniacki, but she’ll get over it. We promise. I don’t know about you, gents, but that is one hot-looking bearded daughter of a famous hockey player. I’m not sure if Paulina Gretzky is going to have much luck with most guys, but I’m willing to look past the beard and see her for her true beauty. That is, until new fiancé Dustin Johnson punches me in the face. Here we have the pleasant scene of John Daly donning a new beard and Old Glory golf pants. You see those eyes? Those are crazy eyes, folks. Don’t get too close or he might slap a sponsorship patch on your face. Yikes. While I might not be the biggest fan of her golf game, I’m definitely not a fan of Michelle Wie sporting a beard like we see here. Although, the pink ponytail serves as a wonderful accent color to the entire ensemble, complete with a purple Nike cap and bug-eye sunglasses. Well ain’t that the cutest damn thing you’ve ever seen? Days after winning his PGA Championship, Jason Dufner snapped a photo of his adorable new puppy, Louie, sitting in the Wanamaker Trophy. Apparently the little guy is also a huge fan of “Duck Dynasty,” because of course he is. Trendy little pup, he is. Then we have this bearded little rascal from the film “Caddyshack.” The most famous mascot in sports looks dashing with his new beard, even though he’s apparently still wreaking havoc on patrons of the Bushwood Country Club.