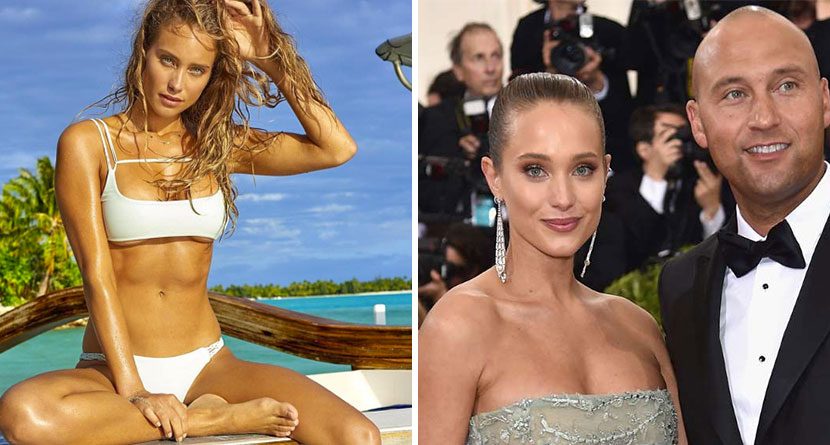 Less than a year after retiring from professional baseball, Derek Jeter is retiring from the bachelor life as well, multiple outlets reported on Saturday.

After an illustrious dating career, Jeter settled down with Sports Illustrated swimsuit model Hannah Davis. Here’s a look back at Jeter’s dating diamond.

And here’s a look at who he will be spending the rest of his retirement with.

Check out my new @maximmag cover by @gilles_bensimon . It has been my dream to shoot with this legend ❤️ ….better yet shot at home in St.Thomas @usvi_ambassadors

Ready for the holiday weekend in my @opoceanpacific bikini! Happy 4th! #OpSummer

Last night with @dsquared2 thank you for having me! Hair: @giannandrea1 makeup: @lauren_andersen styling: @jeffkkim

Tune in tonight at 9pm ET on @travelchannel for the making of @si_swimsuit 2015! #TCBeachWeek #SISwim @imgmodels