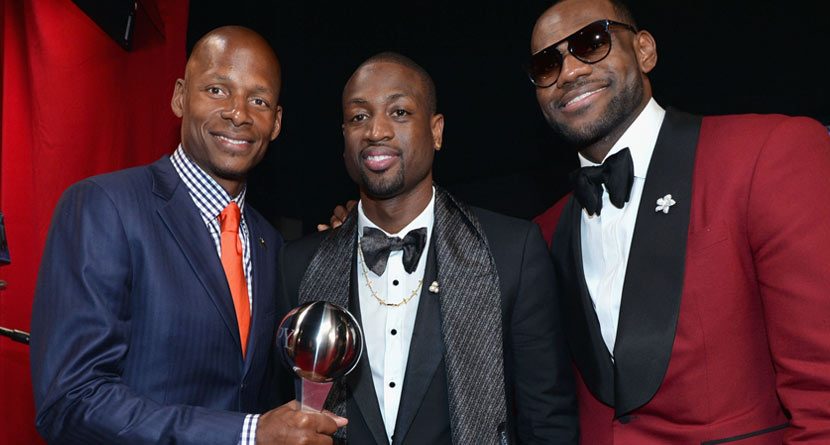 In a nod to the “tradition like no other,” Miami Heat star Dwyane Wade handed out green jackets to his teammates to commemorate last year’s NBA Championship.

In a photo posted to LeBron James’ Instagram page Saturday night, the team posed in their shiny new championship jackets.

@dwyanewade is in the giving mood tonight! Gave everyone from our championship team last year a green jacket reminiscing of the Masters! Unbelievably thought out! Fashion at the same time! Crazy! #TheHeatles #ChannelingOurInnerMastersAtGolf #RoleWithTheWinners #IsThisWhyTheyHateUs #HaveFunWithWhatYouDo

Now I can’t say that I want to see every professional team donning green jackets after winning a championship, but this was an awesome idea.

First of all, it’s a nod to one of the classiest, most enduring traditions in all of professional sport and the idea of bringing it out of Augusta National and perhaps creating your own new tradition is very cool.

Second, on a team that features Back9Network’s board member Ray Allen and other golf lovers such as LeBron James, it seems fitting. Sure, its not the Green Jacket but it is a green jacket and one they received for the same reason Adam Scott, Arnold Palmer, Jack Nicklaus, Cary Middlecoff, Seve Ballesteros and all other Masters Champions got theirs… for reaching the pinnacle of their sport.

Related Links: A Look Inside The Green Jacket (Video)