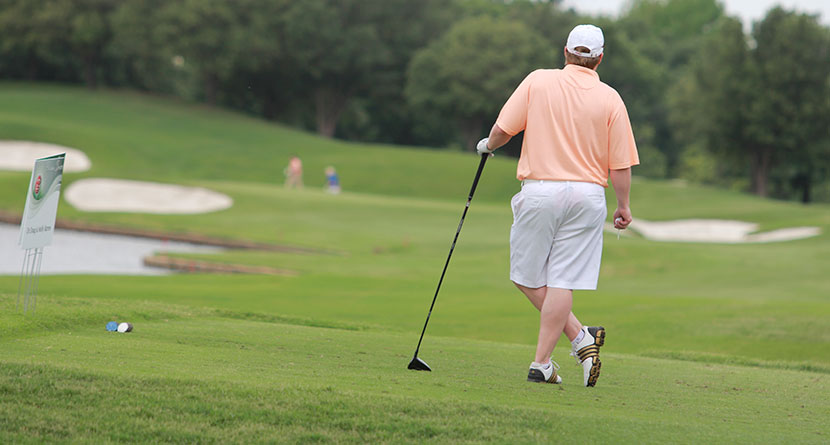 Those who strategically manipulate their handicap in order to win club events or cash better be looking over their shoulder.

One of the more interesting exhibitors at this week’s PGA Merchandise Show is Cap Patrol, LLC, an ingenious solution to cure the age-old problem of sandbagging.

The company’s cheeky motto, “we don’t sugar coat it, we’re not Willy Wonka,” cuts straight to the chase: you are what your scores say you are. For whatever shortcomings the USGA’s new World Handicap System may have, the intent is clear that they want to accurately assess a player’s skill level.


Of course, as long as there have been handicaps, there has been sandbagging, the act of fudging one’s competitive rating in order to play in a future event with a higher handicap and consequently have a better chance to win.

George Thurner developed the software that would be used by a club pro or tournament committee to determine if a player’s handicap and subsequent scores accurately represent their true performance and potential. The premise is simple.

“Cap Patrol is a software program and mobile application that monitors all players handicaps,” the company’s description on the PGA Merchandise Show exhibitor list reads. ” The system identifies those players at golf clubs who consistently out-perform, or underperform, their competitors in club handicap events. This removes the potential confrontation between players and staff by using data to ensure fair play.”

Speaking to GolfDigest.com’s Joel Beall at the Show, Thurner explained that the idea came out of necessity.

“I’ve held every position at my club, and have heard every handicap-related nightmare you can imagine,” Thurner said. “They all end in the same way, which is an aggrieved party demanding justice. But there was no clear-cut way to determine if someone was sandbagging.

“And that’s not counting the effect it had on (a club’s) morale. No one wants to deal with the fallout of having someone cheating a tournament or his fellow members. That’s why I went to work.”

Thurner, with consultation help from the USGA, played around with GHIN algorithms and identified five situations in which sandbaggers can game the system, such as not inputting all scores. Cap Patrol accomplishes this by cross-checking members’ handicap postings with the tee sheet.

The obvious next step is just because Cap Patrol can monitor and red-flag a score, what does it do to prove that this wasn’t a once-in-a-decade performance conveniently timed at the member-guest?

“If you are going to accuse someone of cheating, you need the evidence to support the claim,” Thurner said. “This system puts a numerical value to the question of a player’s handicap looking fishy.”

The tournament committee and club pro are then provided with data and a recommendation as to how they should adjust a player’s handicap.

Thurner must be onto something here because having been released within the last three months, more than 150 clubs had already signed up, including perennial U.S. Open host Oakmont. Sandbaggers beware.

You can learn more about Cap Patrol on their website.