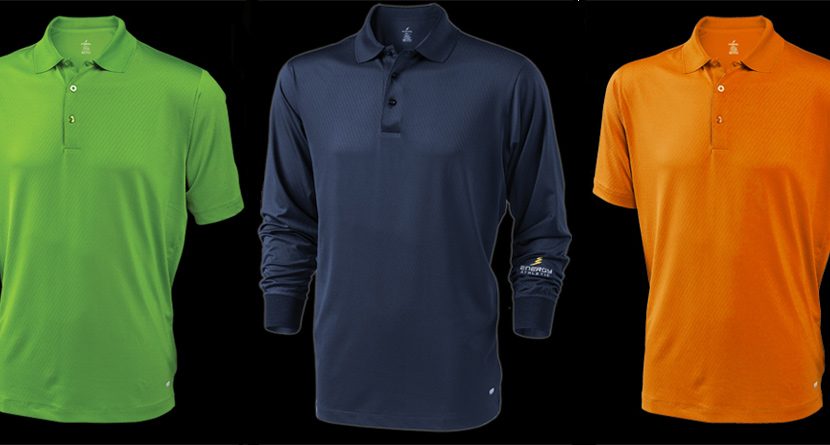 We need energy for the greens, especially if we are competing or carrying our bags. Pioneering seems to run in the Ouimet family, as Dr. Al Ouimet is the chief scientist for IonX, the first company to infuse negative ions in golf apparel. His great uncle was Francis Ouimet who in 1913 was the first Amateur U.S. Open Champion at the young age of 20.

Golfers and golf fashionistas know about these negative ions from the many bracelets that have made their debut in the golf world and spread in popularity. According to WebMD, “Negative ions are odorless, tasteless, and invisible molecules that we inhale in abundance in certain environments. Think mountains, waterfalls, and beaches. Once they reach our bloodstream, negative ions are believed to produce biochemical reactions that increase levels of the mood chemical serotonin, helping to alleviate depression, relieve stress, and boost our daytime energy.” IonX completed double blind studies that have concluded their proprietary Ionized Energy Fabric adds power and enhances comfort during every round.  Some wearers found that it improved their back or shoulder pain, the only way to know it isn’t a gimmick is to test it for yourself at www.wearenergy.com.

No golf shirt is complete these days without moisture wicking, odor preventing and anti-microbial properties made from a wrinkle resistant, 95% Polyester and 5% Spandex blend.

Dr. Al Ouimet graduated from the United States Naval Academy with a degree and MBA in Chemistry. He went on to the University of Rhode Island where he earned his Ph.D. in Polymer Chemistry. Later, he became Senior Vice President for Quality Worldwide Inc. before moving on to become the Corporate Technical Director for Warnaco Group.  There he was the lead scientist on the team that developed the Fastskin Swimming Suits for Speedo used in the 2000 Olympics.

For over five years, Elle Brec is the leading source for golf fashion as published in New England Golf Monthly digital and print magazine, mynegm.com and more recently editor and writer of Golf Fashion Weekly digital magazine and golffashionweekly.com blog as well as a feature fashion and lifestyle writer in Fairways of Life magazine.

Other Hot Links:
– Awesome Caddyshack GIFs
– Many Tour Golfers Will Be Out Of Work Soon
– Best Tee Markers From Around the World