Fallon To Replace Leno: Who Would Replace Nantz? 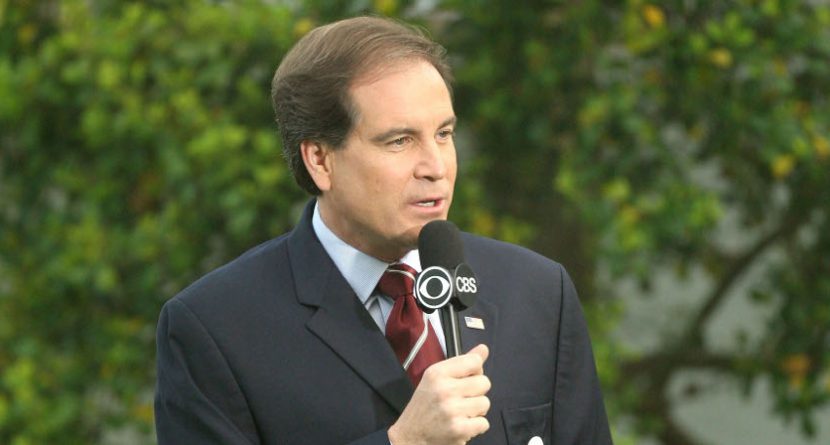 It’s official: Jimmy Fallon is set to take the reigns of “The Tonight Show” in 2014 when Jay Leno’s storied career finally comes to an end.

The announcement was just a matter of time after rumors began to swirl about the impending change. Fallon has soared to success as the host of his own “Late Night with Jimmy Fallon” program, and he will surely be a great successor to Leno.

This news, combined with The Masters coming up, begs the question of who could possibly take the place of Jim Nantz and his famous, “Hello, friends,” opening line at Augusta. Here’s a look at some of the best sports broadcasters who might fit the bill for replacing the most prestigious gig in sports.

Scott Van Pelt: This couldn’t be more of a no-brainer. Van Pelt, who made a name for himself at Golf Channel before making his way to ESPN, is a well-documented golf enthusiast. The combination of SVP’s passion for the game and his undeniably smooth delivery makes him the perfect replacement for Nantz. Already working the week at Augusta for ESPN, Van Pelt has the knowledge of the tournament needed to carry the torch when Nantz is ready to pass it on.

Here’s to hoping SVP gets the call. As he and radio co-host Ryen Russillo both say, “I think you’re just terrific.”

Gus Johnson: What an epic tragedy it is not having Gus going bananas during March Madness. There might not be a more energetic and passionate announcer in all of sports. Can you imagine him doing golf? That would be absolutely incredible — a completely never-before-seen-or-heard approach to The Masters. He might be a little too over the top for Augusta, but it’d be entertaining as hell.

David Feherty: Everyone knows Feherty’s schtick. He’s funny. He’s quirky. He’s lovable. But can he carry a broadcast? He has flourished in a color role and obviously has the knowledge of the game, but the question is whether or not he can capture the emotions of The Masters the way Nantz does.

Nantz will be delivering a perfect broadcast for the foreseeable future. But when the time comes for Jim to call it quits, who will take the reigns?