Fan Voting Can Be A Huge Hit In Golf 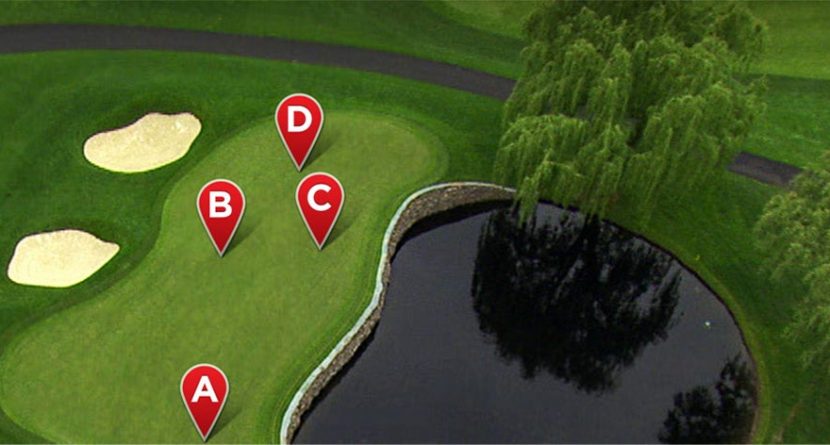 At this year’s 2013 PGA Championship, golf fans were able to vote on the Sunday flagstick placement on Oak Hill’s No. 15 green. It marked the first time television viewers were able to choose the set-up of a championship golf course during a PGA Tour event. More importantly, it was a huge success.

Could fan voting be the wave of the future for other PGA Tour events and major championships? Here are a few ideas that should be considered for future fan voting opportunities. While Fowler certainly has no issue wearing new, colorful outfits for every tournament he plays, giving golf fans a virtual key to his wardrobe could be a great way to spark fan interaction. PUMA/Cobra has a plethora of styles and colors from which to choose, but just make sure we keep Rickie’s Sunday Orange on the menu. There might not be golf bag in all of professional golf that changes more than the current Open Championship winner. Mickelson routinely switches the number of wedges, fairway woods and other clubs on what seems like a day-to-day basis. Let’s give golf fans a chance to choose what tools this club magician is allowed to use at Augusta. Even though he doesn’t play in too many tournaments during the year, allowing fans to design John Daly’s golf pants could be hysterical. Just give kids at home a piece of paper and some crayons, sit back and let the magic happen. The former Master Champion is known for hitting the ball a mile, and usually with a brightly-colored pink driver. Wouldn’t it be fun to let fans pick the color of his next Big Stick? The correct answer to that question is, “Yes, yes it would be fun.”

Vote on the U.S. Open Pairings Mike Davis of the USGA seems to enjoy pairing up the least likely competitors on the first two days of the US Open every year. This year, why not let the television viewer vote who plays with whom? Everyone would love to see an Adam Scott, Sergio Garcia, Tiger Woods pairing, right?