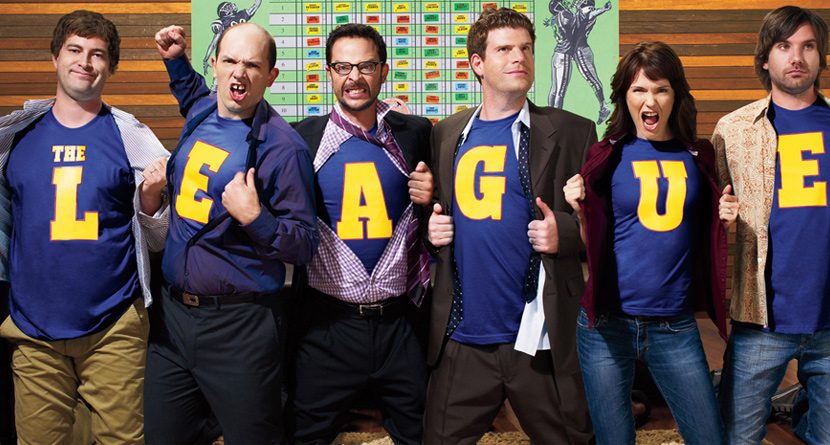 We’ve all heard of “golf widows” but there’s something to be said about “fantasy football widows.” It’s that time of year again when the NFL takes precedence (some might argue) over EVERYTHING! And fans are not just fixated on one team anymore. Now, thanks to fantasy football, they have a stake in practically every game, which doesn’t limit the time spent watching, obsessing and cheering to just one game a week. Chances are team owners have players in the Thursday night game, the Saturday night and Sunday day as well as night game. Oh and don’t forget the Monday night game! This all adds up to a lot of time spent watching hours upon hours of football.

Here’s a helpful guide to still dominating your fantasy league and maintaining a healthy relationship:

I know life gets busy but you have to designate time to spend together sans football. Of course, you can invite your significant other to join you to watch the game at your favorite hangout, but there also needs to be other activities planned that aren’t football centric. And going to the game, although very fun, doesn’t count as one of these activities. Find the time to watch that suspenseful thriller you both have been excited to see ever since you saw the trailer. I suggest Prisoners, staring Hugh Jackman and Jake Gyllenhaal.

One of the main reasons significant others feel so slighted during football season is that they aren’t getting enough attention. Constantly checking one’s team and making trades replaces conversing and quality time spent together. The key is to make your moments count. I don’t mean this in a cheesy Hallmark-card sort of way, but just be mindful of your behavior.

When you are together, don’t be distracted or preoccupied. And if you get alerts sent to your phone, try and be a little discrete, please. Also try to give your significant other your full attention (hint hint: Tuesday is a great day for this). This way, you can set your lineup on Wednesday and meet any trade deadlines well in advance.

I understand that fantasy football may be your thing, but why not share the love? Now this doesn’t mean that you have to invite your significant other to join your particular league, but maybe there’s an opportunity elsewhere. For instance, I personally play in an all-female league amongst my girlfriends. Half the gals don’t have a clue as to what they are doing, some I suspect have their husbands oversee their team, and the rest are actually pretty knowledgeable.

My point is that anyone can play and get in on the fun. Perhaps there’s an office league or a last-minute league out there to join. It’s worth suggesting and looking into. After all, there’s room for more than one fantasy football trophy in the relationship.

I highly recommend watching the TV show “The League,” which is now in its fifth season. It has moved from FX to spinoff channel FXX. This show embodies everything there is to love and understand about the passion that is fantasy football.

Here are some memorable clips:

Alison Waite began hosting a weekly Fox show called MyTv at the age of 15.  Upon graduating high school she fulfilled her dream of moving to CA to attend college at San Diego State University, earning a Master’s of Science Degree in Gerontology.  Alison hopes to someday combine her interest in the social/psychological implications of aging and hosting.  She also enjoys comedy and is always looking for the funny, which is evident in her hosting and improv abilities.