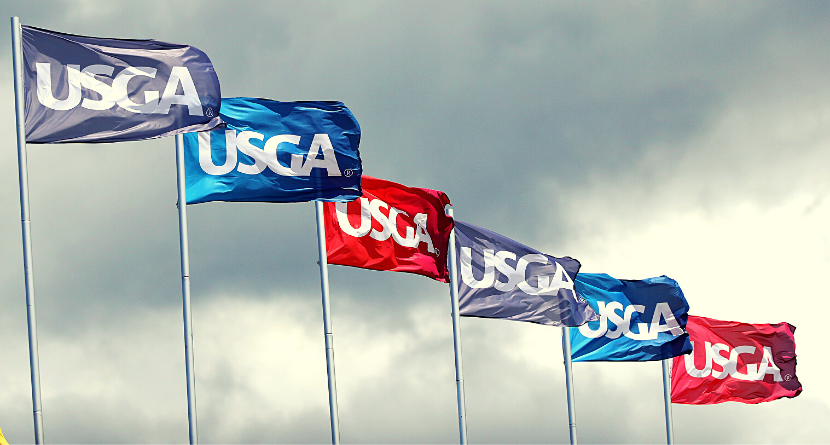 In recent years, fantasy football league commissioners have conjured up increasingly cruel and unusual ways to humiliate the last-place finisher. But we haven’t really seen golf — already a torturous activity — employed as the vehicle by which justice is meted out.

John Eckert, 26, of Overland Park, Kansas, was entered in a U.S. Open qualifier at Oakwood Country Club in Kansas City, Missouri as his penance for poor fake football team roster management and proceeded to submit a cringeworthy performance for the ages, per a tweet from Monday Q Info.

On paper, the round is excruciating enough: Eckert carded a 40-over-par 112 that featured four pars, finishing, fittingly, in dead last out of 58 players. Finding the first tee was an adventure in itself, according to Monday Q Info’s source, who noted that Eckert’s caddie was apologetic as he relayed the circumstances to Eckert’s playing partners.

A guy lost his fantasy football league and had to ply US Open locals…and it didn’t go well. pic.twitter.com/A4VjaqPfr0

“I’m pretty happy with the four pars, for sure,” Eckert, a self-described once-a-month player who usually scores in the low 90s, told ESPN on Tuesday. “The walking got to me. I’m more of a cart guy myself.”

It’s worth mentioning that only 25 players in the field broke 80, so perhaps Eckert is indeed capable of better performances when the pressure — and set-up — aren’t so severe.

“The nerves started to calm down and I settled into the round,” Eckert said. “I managed to par three of my last five holes. After those holes, my confidence skyrocketed. If this were a two-round qualifier, the field may have been in trouble.”

ESPN tracked down the director of rules and competitions for Central Links Golf in the Kansas City area, which staged the U.S. Open qualifier, for clarity on how Eckert wound up in the field. It turns out he had designated himself as a pro on the application form, which allowed him to carry a handicap higher than the 1.4 or lower standard applied to amateurs.

Will the USGA sniff out future stunts like this? Only time will tell. But if you’re a golfer of any ability level who also enjoys fantasy football, you’d be wise to mind the waiver wire and avoid those shared bye weeks.