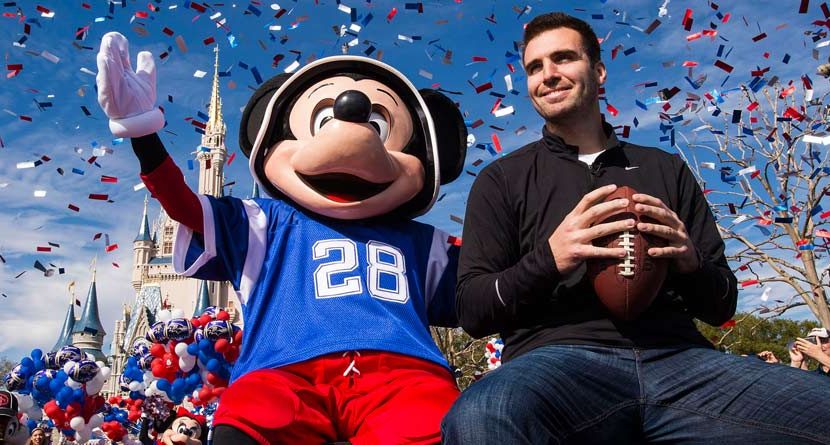 The 2010 Honda Classic champ found himself in a tie for the opening-round lead after posting an impressive 64 only to give it all away with a 7-over effort on Friday, finishing one shot outside the cut line.

It has been a perilous fall from grace for the former top-10 player who now finds him ranked around No. 300 in the world, forcing him to pine for sponsor’s exemptions in order to earn back his full-time status. At this point, maybe the best thing for Villegas would be to go down to the Web.com Tour and iron out his game a la Matt Kuchar and come back to The Show with a reformed sense of self.

Maybe Michael Thompson is someone Villegas could emulate, as the 2012 U.S. Open runner-up emerged from relative obscurity to capture the 2013 Honda Classic title. In doing so Thompson defeated a field full of South Florida’s finest superstars, minus LeBron James and Dwyane Wade, and showed us all that much like the classic tale of the Tortoise and the Hare — sometimes slow and steady wins the race. But about that pace of play, the PGA Tour needs to step in an issue harsher penalties for groups that fall behind because what happened over the weekend bordered on unwatchable. It may be unfair to pin it all on Thompson and playing partner Luke Guthrie but this final pairing Sunday remained nearly an entire hole behind the group in front for the majority of the round.  Eliminate some of the wiggles and pre-shot visualization and you have instantly created a much more appealing brand of professional golf. Who better to ask about Rory’s memorable Friday morning meltdown than his long-time caddie? The two remain an intensely loyal pair dating all the way back to the golfer’s 2011 Masters mishap when Fitzgerald was blamed for McIlroy’s poor course management. But Rory stuck with his guy and now two majors and a number one ranking later it seems highly unlikely that we’ll be able to pry any additional insight from his bagman, even perhaps the name of a good dentist. Either way, we’ve been here before with a premier player pulling out prematurely (see Tiger at last year’s WGC-Doral), and there’s just too much talent in this 23-year-old to let this setback, or any change in equipment for that matter, set him back for too long. During this past weekend’s Honda Classic coverage, NBC was all about plugging Trump’s new “Celebrity Apprentice” show but all most sports fans care about is that The Donald’s Blue Monster will continue to host the WGC for the next 10 years. It must be nice to have an extra $200 million to throw around for course repairs — not that the fine people of the Scottish dunes will ever forgive Trump for turning their pristine coastal ecosystem into an overpopulated tourist attraction. Maybe this year’s “Apprentice” survivor should have the honor of overseeing Doral’s upcoming renovations — that is, unless the winner happens to be Gary Busey in which case all lawn care implements must be locked away in dry storage. If any player in this week’s WGC-Cadillac Championship is in need of a loan, and feels bad about hitting up host Donald Trump, maybe they can hit up the Baltimore Ravens Super Bowl MVP (and the first repeat member of the Fantasy Foursome). Over the weekend, Joe Flacco signed the most lucrative long-term contract in NFL history. The deal gives the Ravens a few seasons to remain competitive before the QB becomes a roster killer, and the Baltimore front office is forced to restructure his deal similar to what happened recently between Tom Brady and the New England Patriots. In professional golf terms both Brady and Flacco’s contracts would be like Tiger receiving a guaranteed $30 million appearance fee to play Dubai for the next three years. Now that the former NBA superstar has brokered peace in North Korea perhaps he can be used as a special envoy to bridge the gap between the USGA and PGA Tour as the two sides prepare to do battle over the proposed anchoring ban. Either that or maybe he should simply remain in Pyongyang permanently.