Fantasy Foursome:~Celebrations of All Kinds 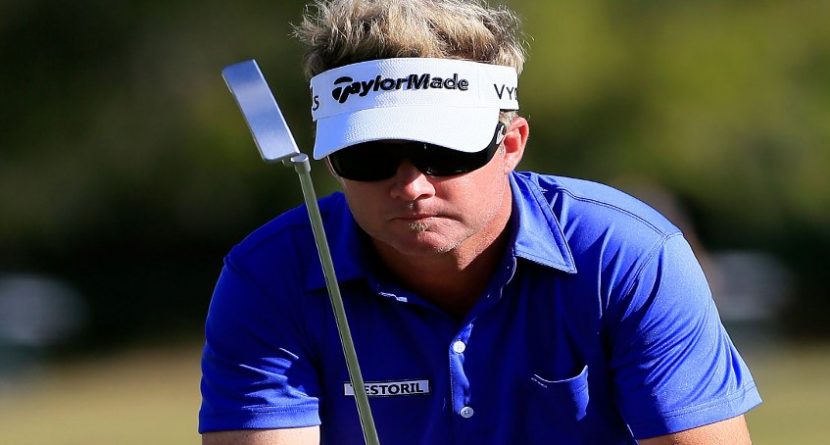 In this week’s Fantasy Foursome, Jon Lord celebrates the winners from the extended weekend, including President Obama’s second inaugural. With his overtime win over Charles Howell III in the California desert, the 41-year-old Gay registered his fourth career win on the PGA Tour and is back on track after suffering through a disappointing 2012. Simon Dyson’s American doppelganger carded a final-round 63 helping him to his first victory since the Heritage in 2009. Sympathies to CH3, my pick to win the Humana Challenge, who has already been “bridesmaided” on a couple of occasions this season and continues to scramble for his first oversized check in six years, and a win which would also secure his place in the 2013 Masters in his hometown of Augusta, Ga.

In other news from Southern California, it seems native son Phil Mickelson could be on the move thanks to Proposition 30, a statewide tax increase for residents with a taxable income over $250,000. Could a cross-country relocation to tax-friendly Florida be in the cards for the Mickelsons? If so, they’re going to need to act fast as several prominent European golfers, like Rory McIlroy and Lee Westwood, have already begun buying up property up and down the Gold Coast. If this migration continues the Sunshine State could become home to more multimillionaire golfers than all other states combined, even Wisconsin, Steve Sticker’s primary residence.

The Golden Bear turned 73 years young this week and his birthday continues to serve as a fantastic reminder of a brilliant playing career. Eighteen majors could very well be beyond reproach as Tiger struggles to recapture the sort of longevity and consistency that propelled Nicklaus to three major championships in his 40s. Perhaps the only thing missing on Jack’s resume is a signature drink like his old nemesis Arnold Palmer. What would be the polar opposite of a lemonade/ice tea combo? Perhaps something along the lines of a lime juice and coffee? On second thought, at this point in his life maybe Nicklaus should stick to golf course design and hitting the ceremonial first tee shot at the Masters.

The Ravens safety’s jarring hit on Patriots running back Stevan Ridley sealed the deal for Baltimore as the 9-point underdogs would parlay the turnover into a touchdown, helping them book passage to New Orleans for Super Bowl XVLII where they will face the San Francisco 49ers.  Of course Pollard breaking things is nothing new for New England fans who have witnessed debilitating injuries to star players Tom Brady, Wes Welker and Rob Gronkowski all at the hands, or helmet, of the merciless journeyman defensive back.

Simply put, Sunday night’s AFC Championship Game came down to the Patriots inability to score points and the Ravens ability to expose the depleted New England secondary in the second half. Losing cornerback Aqib Talib in the first quarter did not help the Pats chances as they could no longer match up man to man with the stable of Ravens receivers including Torrey Smith, Anquan Boldin and Dennis Pitta. Credit Joe Flacco, who has now won more road playoff games than any other quarterback in NFL history, for his performance. Not bad for a guy who many Baltimore fans wanted to run out of town. Now it looks like the Ravens front office will probably have to pony up and pay the man his contract-year money.

With two weeks to gear up for the Super Bowl expect a nauseating amount of talk regarding the brothers Harbaugh, Ray Lewis’ s retirement and the Pistol offense. San Fran is listed as the early favorites but Baltimore doesn’t seem to mind playing the role of underdog so expect a three point game either way. Shinseki, the Veterans Affairs secretary, drew the short straw and was designated as the federal government’s sole survivor in case President Obama’s Second Inauguration became the epicenter of a zombiepocalypse. And what a lonely feeling it must have been for Mr. Shineski, like all the other cabinet members that have preceded him, as he patiently waited for the proceedings to pass without a hitch so that he could return to his normal life above ground. But if some sort of flesh-eating global pandemic were to sweep down K Street, is this really the guy we want leading us forward towards the end of human civilization? Talk about an unreasonable amount of pressure and responsibility for a single person to carry.

Which raises the question, who would professional golfers put in the bunker to ensure that their species survives well beyond next ice age? I say Miguel Angel Jimenez because human beings will always benefit from a nice head of hair.

Manti, we’ve already moved on. At this point there’s absolutely no reason to have a sit down interview with Katie Couric at least that is unless you’re going to tell us the answer to the ultimate question of “Life, the Universe, and Everything.”