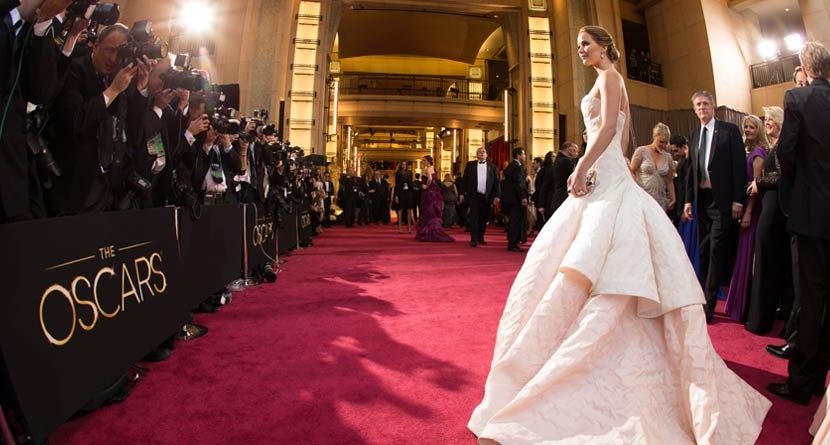 Leave it to a lowly No. 16 seed to steal our hearts. The 2013 WGC-Accenture Match Play champ Matt Kuchar was steady as always while 2012 winner Hunter Mahan figured out his wedge game just in time to narrowly miss out on that elusive back-to-back. But the definitive takeaway from this match play event, other than the blizzard, was the play of Shane Lowry, the second to last man invited into the prestigious field. The portly Irishman sent close friend Rory McIlroy back to South Florida in the first round before defeating Carl Pettersson in Round 2. Eventually Graeme McDowell got the best of Lowry but not before the No. 65 ranked player in the world warmed our hearts with a few improbable chip ins from the fringe.

Moving forward, there are back-room discussions taking place regarding the viability of Dove Mountain as a host for the WGC beyond when the current contract is set to expire in 2014. Many wonder whether or not Accenture will keep writing that annual $10 million check for the match play to remain amongst the snowy saguaro of greater Tucson and there is some thought that sponsors may bail on the inhospitable environs of the Sonora desert for the much greener, swampier pastures of either Naples, Fla., or who knows, Rio de Janeiro, Brazil. Ask the players and they’ll probably sound like Jim Furyk who said after last Wednesday’s weather delay that golfers were meant to “follow the sun.”

If the match play event were to vacate the Mountain time zone then the PGA Tour might need to worry about the vitality of other West Coast events, like the Northern Trust, that attract top players from around the world partially because they serve as a nice warm-up for the WGC. Also, moving this event south of the equator to Rio, host of the 2016 Summer Olympics, makes little sense in regards to all the extra travel that players would have to endure this early in the season. I say keep it at the Ritz for a few more years but make sure players are packing an extra pair of mittens. As the PGA Tour swings into Florida for the Honda Classic, it’s a homecoming of sorts for the handful or so transplants who now call the Treasure Coast home. Rory McIlroy and Lee Westwood are just a few of the stars from across the pond who have decided to take up residence on this side of the Atlantic which probably says more about Florida’s welcoming weather and forgiving tax structure than it does anything else. These players, who along with an impressive early season field including Tiger Woods, are preparing to tackle the Bear Trap, a string of difficult closing holes named after Jack Nicklaus who famously redesigned PGA National. Since everyone else has weighed in I wonder what the Golden Bear has to say about 2012 champ Rory McIlroy’s club changes? On Monday night’s “The Haney Project” premiere, the 22-time Olympic champion told Denzel Washington that he “crushes” every role he has ever played. Really? Has Phelps seen “The Preacher’s Wife?” Maybe I’ll check back in again next week when Tiger’s former coach has everyone down to his seaside villa in Cabo for a little sunshine and snorkeling. In what was a predictably long-winded, self-indulgent Oscars ceremony, the Best Actress stood out for her inability to remain standing up after taking a huge tumble climbing the Dolby Theatre stairs en route to claiming her prize. At least she had a sense of humor about it, which is more than most of the egomaniacs in the audience could say. And what’s with all the venomous vitriol for Oscars host Seth MacFarlane? I thought he did a fairly decent job of keeping things grounded, remaining unassumingly self-deprecating throughout the nearly four hours of coverage. Unfortunately twitter disagreed especially after the “Family Guy”creator made a somewhat ill conceived joke about Abraham Lincoln. But honestly, the way some people reacted you would have thought MacFarlane was the one responsible for the anchored stroke ban. During his first Spring Training at bat the Yankees left fielder took a J.A. Happ fastball off the right forearm and will now unfortunately spend the next 10 weeks wrapped in a cast. Tough break for the Grandy Man and the offensively challenged Yankees who now face the prospects of replacing an additional 42 homeruns in what was already the third or fourth best lineup in the AL East.

Of the four major sports baseball is the one most in need of a preseason. Pitchers need to gradually build up enough arm strength to avoid injury and hitters must regain that world-class timing essential to putting the ball in play. But with Granderson’s injury will more MLB teams shelter their stars from the freakish accidents that could potentially derail an entire season or will baseball maintain the integrity of one its oldest traditions? Golf by comparison doesn’t really have an offseason now that the game has gone global but tournaments like the Humana Challenge better be careful because it might not be long before NFL championship weekend becomes an unofficial bye week for the PGA Tour.