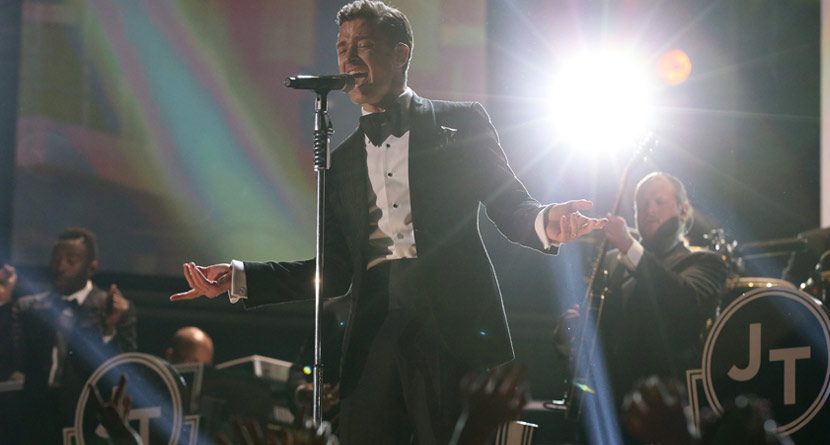 In this week’s Fantasy Foursome, Jon Lord tees it up with the two hottest players on the planet right now, as well as a pair of winners (non-hardware division) from the Grammys. What more can be said about Sneds? The guy is simply the hottest golfer in the world right now. With a win at Pebble Beach he now moves up to No. 4 in the Official World Golf Ranking behind only Rory McIlroy, Tiger Woods and Luke Donald. That’s some pretty lofty company for a guy who 22 months ago had only one win on Tour and was coming off his second hip surgery. Now, four more wins and a FedEx Cup later, Snedeker has risen to the top of everyone’s list as favorite to win Augusta in April.

As Sneds himself has said, it’s all about the majors, and he won’t solidify his spot amongst the upper echelon until winning one of golf’s four biggest prizes. But like Luke Donald, who also searches for that elusive first major, Snedeker’s strength is his remarkable consistency. So far in 2013 he has a third place finish, two runners up behind Phil Mickelson and Tiger, and that win at Pebble last weekend. The Vandy grad also has the smoothest putting stroke on Tour and should receive praise for his decisive pre-shot routine and prompt place of play.

His clear-minded approach in this the day and age of methodical grinders and mechanical swingers is refreshing for fans and players who grow increasingly sick and tired of the five-and-a-half hour round of golf. Pair him with either Kevin Na or Ben Crane and the golf course may spontaneously combust like an underground North Korea nuclear weapon. With a win at last weekend’s New Zealand Open the 15-year-old Kiwi now has three professional titles out of 12 events entered. That’s the sort of winning percentage that makes Yani Tseng, Tiger Woods and the Charlotte Bobcats jealous. Ko has a few years to go before she can start cashing checks but expect sponsors to keep lining up those exemptions for a phenom poised to accomplish what Michelle Wie couldn’t when she turned pro at 16. It’s not all Gangnam Style by the 16th green at the Phoenix Open for the 31-year-old Tour rookie who has made the cut in each of the five tournaments he has entered this year, including a T-3 at Pebble Beach over the weekend. Hahn and fellow rookie Russell Henley are living, breathing proof of the success of the Web.com Tour as golf’s minor leagues continue to produce championship quality players. The real “winners” from Sunday’s Grammys didn’t walk away with any hardware but instead stole the show thanks in part to a tuxedo and boob window. Fortunately for us, and Ellen DeGeneres, Katy Perry disregarded the CBS memo asking attendees to not show too much skin thus putting herself at the front of the queue, right alongside SI cover girl Kate Upton, for the most Googled breasts on the internet.

JT might not have shown as much cleavage as Perry but wowed the Staples Center crowd nevertheless thanks to his big band and Jay-Z. Personally, I’m not all that enamored with his new single “Suit & Tie” but my wife tells me it doesn’t matter what I think because Timberlake is singing to her not me. Back9Network ran a piece Monday asking which members of golf’s clergy should succeed Benedict now that he has become the first pope to resign in over 600 years. Here are a few additional names that should be added to the list:

– Jesper Parnevik – Already has the hat.
– Either of the Molinaris – Vatican City is on the Italian Peninsula after all.
– Bubba Watson – Bubba Golf has never been averse to wearing white on white and would look especially regal in the flowing robes.
– Sergio Garcia – The Catholic church, much like the Republican Party, is not against pandering towards Spanish speaking constituencies.